Under the agreement reached in Congress, Obama would get so-called trade promotion authority to negotiate trade that Congress could approve or reject, but not change. 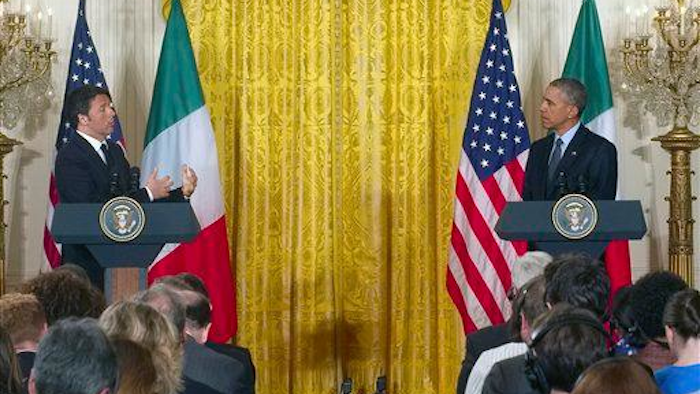 Conceding that trade is a difficult topic for his Democratic Party, President Barack Obama on Friday defended his efforts to broaden commerce with Asia and Europe and warned critics that opposition would give China a leg up in setting the rules for international trade.

In a news conference at the White House, Obama sought to reassure critics by saying deals with Asia and Europe would have enforceable labor and environmental protections. His remarks came a day after leading members of Congress reached a deal that would pave the way for the broadest trade policy pact in years.

"The fastest growing markets, the most populous markets are going to be in Asia," Obama said. "If we do not help to shape the rules so that our businesses and our workers can compete in those markets, then China will set up rules that advantage Chinese workers, and Chinese businesses."

Under the agreement reached in Congress, Obama would get so-called trade promotion authority to negotiate trade that Congress could approve or reject, but not change. Congress still has to vote on such fast-track authority and many Democrats, including strong Obama allies, have vowed to fight it.

"In many ways this is the most far reaching and progressive trade promotion authority that we have seen going through Congress'" Obama said at the news conference with visiting Italian Prime Minister Matteo Renzi. "It is entirely understandable that there is some skepticism around trade from working families who saw manufacturing collapse and jobs being outsourced."

He noted that Japan is among the nations in the Trans-Pacific Partnership talks and that currently the U.S. imports more Japanese cars than Japan does from the U.S.

"The current situation is not working for us," he said. "I don't know why it is that folks would be opposed to us opening Japanese markets more for U.S. autos or for U.S. beef. It doesn't make any sense."