The policy, known as Trade Promotion Authority, allows Congress to establish priorities for trade talks but prevents lawmakers from altering agreed-upon deals when they come up for approval votes. 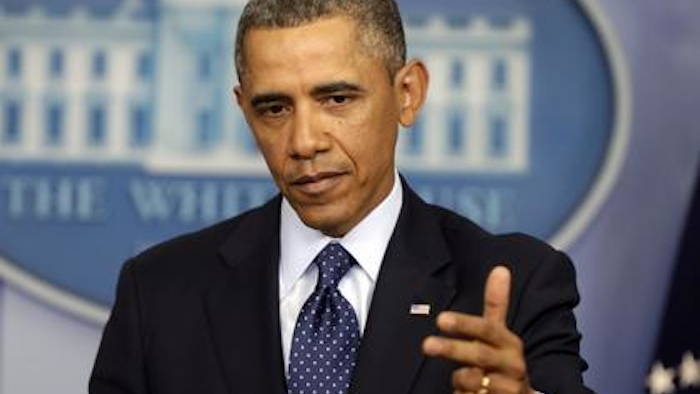 A bipartisan group of lawmakers on Thursday introduced a long-awaited bill that would grant the White House power to negotiate trade agreements.

The policy, known as Trade Promotion Authority, allows Congress to establish priorities for trade talks but prevents lawmakers from altering agreed-upon deals when they come up for approval votes.

President Obama repeatedly called for Congress to renew TPA amid negotiations over potential agreements in Asia and Europe.

But the proposal sparked bipartisan opposition in Washington. Many Democrats are skeptical of past free trade agreements — blaming them for subsequent U.S. job losses — while some Republicans oppose granting more authority to the Obama administration.

"If we want to maintain our nation’s economic leadership and promote American values around the world, we must reach beyond our borders, and this bill is a strong first step," said Hatch, R-Utah, who introduced the bill with fellow Sen. Ron Wyden, D-Oregon, and Rep. Paul Ryan, R-Wisconsin.

The Trans-Pacific Partnership is the more pressing of the pending trade agreements. The deal would involve the U.S. and 11 other Pacific Rim nations, including Japan and Australia.

Wyden, who was considered the most important lawmaker in negotiations over TPA, touted the legislation's provisions regarding transparent negotiations, human and labor rights, environmental protections and open Internet requirements.

“Opening foreign markets, where most of the world’s consumers reside, is critical to creating new opportunities for middle-class American jobs in Oregon and nationwide," said Wyden.

Other Democrats, however, remained adamantly opposed to TPA, while organized labor leaders vowed to continue their fight against the proposal.