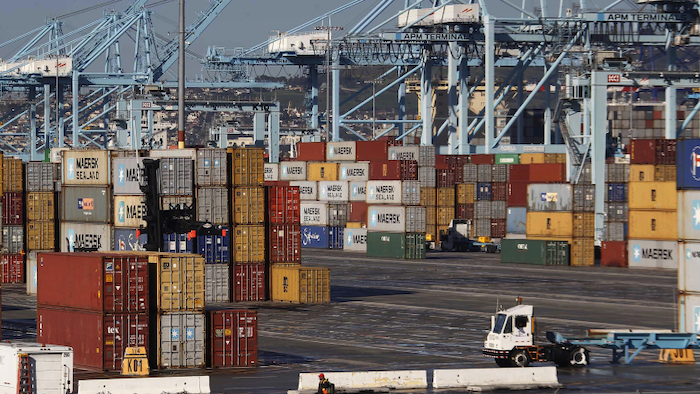 In July, by contrast, West Coast import volume exceeded East Coast traffic by 33 percent. Those numbers came in the first month following the expiration of the International Longshore and Warehouse Union's contract with the Pacific Maritime Association.

Traffic through Georgia's ports increased by 7 percent in the latter half of 2014 -- which officials attributed to the West Coast struggles -- and a report suggested strong cargo growth continued into 2015. Although the Port of Savannah did not see many problems due to the cargo surge, "uneven delays" affected ports in Virginia, Miami, the New York area and even inland facilities such as Atlanta and Memphis.

A new report by the National Retail Federation and Hackett Associates, however, expects import traffic to increase 8 percent this month compared to April of 2014 after West Coast port officials and labor leaders struck a tentative deal in February. The results of the union vote on the new contract agreement are due in May.

Dockworkers, meanwhile, are still dealing with a huge cargo backlog stemming from the dispute at many West Coast ports. The head of the Port of Los Angeles estimated it would take three months to return to normal.