Factory orders rose 0.2 percent in February, which was the first increase since July, the Commerce Department reported Thursday. The climb was a welcome development for manufacturers struggling with disappointing economic growth in major trading partners like China, Europe and Japan. 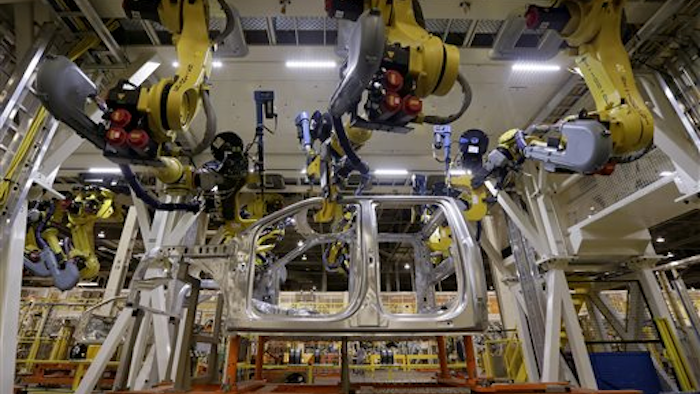 However, the news for February was tempered by a revision in the January figure: orders fell 0.7 percent, worse than the 0.2 percent drop the government originally reported.

A trade group reported Wednesday that U.S. factories expanded last month but at a weaker pace. The Institute for Supply Management, a trade group of purchasing managers, said its manufacturing index slid to 51.5 in March from 52.9 in February. It was the fifth straight drop. But any reading above 50 signals growth.

Despite months of dropping orders and slower growth, factories have added jobs for 19 straight months, the longest streak since the mid-1990s. Last year, manufacturers created 215,000 jobs, most since 1997.