Applications below 300,000 are generally consistent with solid monthly job gains. Layoffs have stayed close to historic lows, despite a pronounced economic slowdown in recent months. 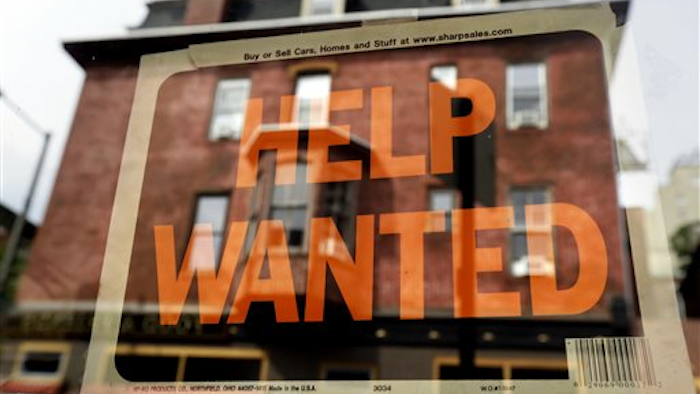 The number of people seeking U.S. unemployment benefits dropped significantly last week, a sign of a strong job market despite evidence of tepid economic growth in the opening months of 2015.

Weekly applications for jobless aid fell 20,000 to a seasonally adjusted 268,000, the Labor Department said Thursday. The decrease shows that a slowdown in manufacturing and construction has failed to spook employers, who may be anticipating a strong spring rebound after a bleak winter.

Applications are a proxy for layoffs. The relatively low average shows that employers are holding onto workers and may increase hiring. Applications below 300,000 are generally consistent with solid monthly job gains.

Layoffs have stayed close to historic lows, despite a pronounced economic slowdown in recent months.

Snowstorms have kept consumers away from stores and open houses. The stronger dollar has hurt U.S. factories exporting overseas, since their products have basically surged in price around the world. Similarly, falling oil prices have cut into the production of pipelines, primary metals and machinery. That has also sliced into the bottom line of manufacturers, even though the savings from cheaper oil should eventually spur more spending by consumers.

Yet employers continue to hire at a brisk pace.

The government's employment report being released Friday is expected to show that employers added 248,000 jobs in March, according to FactSet.

That would mark a decrease from 295,000 new jobs in February, but it would still keep the economy on a solid pace to have roughly 3 million new jobs this year.