During and after testifying before a Senate Subcommittee last week, Amazon said it wouldn't delay its drone testing just for the FAA and said it would go abroad if need be. 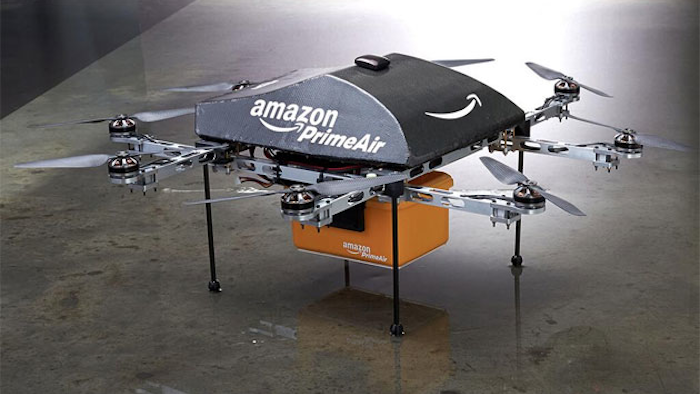 Fed up with frustrations surrounding FAA regulatory approval to test its delivery drone service in the U.S., Amazon has opted to do so just north of the border as a workaround.

The Guardian reports that the e-tailer is now testing its Prime Air drones in an undisclosed location in British Columbia, roughly just 2,000 feet from the U.S. border.

In a plot of land lined by oak trees and firs, Amazon is using the area to test its drones weighing under 55 pounds that carry packages up to 5 pounds, flying in airspace elevations between 200 and 500 feet, at distances of 10 miles or longer, and at speeds up to 50 miles per hour.

Amazon has taken its tests to Canada after the FAA finally gave the company limited permission to test drone flights on March 19. But it was for a drone that Amazon no longer is testing, and thus, no help to it.

The permission the FAA granted Amazon was under these strict drone guidelines:

The Guardian – invited to the test site – said that the drone testing team in Canada consists of roboticists, software engineers, aeronautics experts, and pioneers in remote sensing – including a former Nasa astronaut and the designer of the wingtip of the Boeing 787.

On the flipside of the border, in Canada Amazon had just a three-week wait in its license undertaking. The Guardian says Amazon is conducting frequent experimental flights "with the full blessing of the Canadian government."

During and after testifying before a Senate Subcommittee last week, Amazon said it wouldn't delay its drone testing just for the FAA and said it would go abroad if need be.

“We think that this new technology will provide huge benefits for our customers, who we think will love it, and for society more broadly,” Paul Misener, Amazon's vice president for global public policy told the Guardian a day after the subcommittee hearing. “Why would we wait?”