Manufacturing Snapshot Of The Week: Obama's Trip To India

President Obama’s landmark trip to India this week was aimed at improving the economic relationship between India and the U.S. Here are some manufacturing-related highlights of Obama’s trip to India: Obama announced a big step toward the nuclear technology pact between the two... 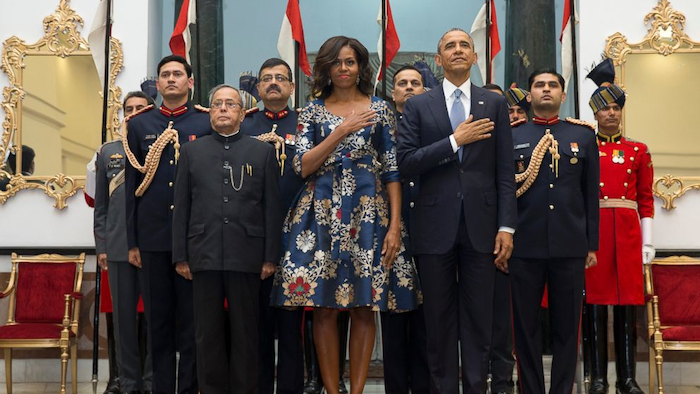 President Obama’s landmark trip to India this week was aimed at improving the economic relationship between India and the U.S.

Here are some manufacturing-related highlights of Obama’s trip to India:

·         Obama announced a big step toward the nuclear technology pact between the two countries. Katy Daigle of The Associated Press writes, “The two leaders said they agreed to advance a 2008 civil nuclear deal long stalled by concerns about India's reluctance to allow U.S. tracking of fissile material. It has also been held up by American concerns with an Indian law that makes U.S. nuclear suppliers, not operators of nuclear plants, liable for accidents.”

·         He also focused on nudging India toward embracing more environmentally-friendly practices, saying, “Even if countries like the United States curb our emissions, if countries that are growing rapidly like India with soaring energy needs don't also embrace cleaner fuels, then we don't stand a chance against climate change."

·         In a speech on the last day of his trip, Obama emphasized strengthening U.S. and Indian economies by lifting up the women of both countries. Obama said, "Our nations are strongest when we uphold the equality of all our people and that includes our women.”

·         Obama announced a series of initiatives designed to generate $4 billion in trade and investments, to create jobs, and to stimulate the economies of both countries. One aspect of the announcement is an Export-Import Bank commitment to support “Made in America” exports to India.

Stay tuned for next week's Manufacturing Snapshot of the Week.