President Barack Obama and lawmakers failed to agree on a plan to reduce the nation's deficit that would have avoided the automatic spending cuts, which began to roll out this month. Included in the cuts are 5 percent of the money for programs that fund education research, a Department of Education spokesman said. 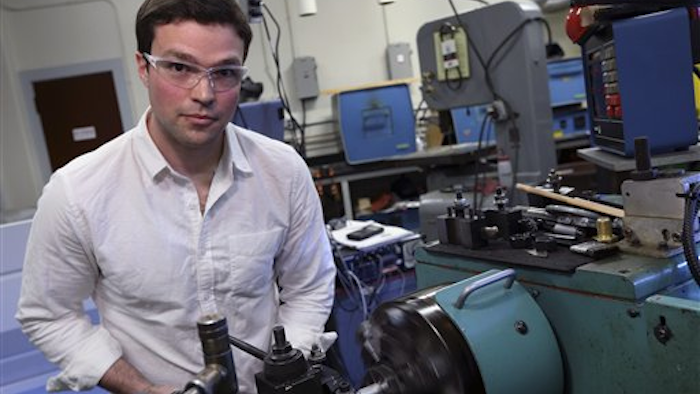 BOSTON (AP) -- At the Massachusetts Institute of Technology, faculty fret about the future of the school's Plasma Science and Fusion Center.

Thirty miles away, administrators at the state university campus in Lowell worry that research aimed at designing better body armor for soldiers could suffer.

The concerns have emerged because of automatic federal budget cuts that could reduce government funding for research done at educational institutions, spending that totaled about $33.3 billion in 2010, Department of Education statistics show. And the possible cuts add to another anxiety at those schools and others across the country: brain drain.

President Barack Obama and lawmakers failed to agree on a plan to reduce the nation's deficit that would have avoided the automatic spending cuts, which began to roll out this month. Included in the cuts are 5 percent of the money for programs that fund education research, a Department of Education spokesman said Friday. But because negotiations over how to balance the budget are ongoing, the timing and size of many cuts to be made by government agencies remain unclear.

"One of the questions we don't know is if agencies will elect to cut funding by not making new grants or cutting back on old grants," said Terry Hartle, a senior vice president at American Council on Education.

In the meantime, professors are left wondering how many young scientists will become discouraged by domestic funding challenges and either leave for careers abroad or change fields.

"It's kind of scary to be hearing that a lot of that support is going away," he said of government cuts. "How do we keep America technologically relevant has been a question on everybody's mind. And the sequester only makes that harder."

The 25-year-old mechanical engineer recently won a $30,000 Lemelson-MIT award for inventions that aim to make surgical procedures less invasive. But Begg is concerned about whether government funding losses could force undergraduates who are contemplating higher degrees to enter the workforce for financial reasons, meaning a loss of American ingenuity in the end.

"I wonder if this whole issue is going to prevent people from going into more advanced research where they can really innovate ... We don't really know what it's going to do yet. There's not enough information out. You know the storm is coming."

Some university officials say a loss of federal funding from the cuts aggravates a current trend: Scientists already have less time to spend in their labs because they have to spend more time seeking grants.

Breast cancer researcher Dr. Debu Tripathy, a professor at Keck School of Medicine of University of Southern California, compared a scientist who doesn't spend enough time in a lab because of grant writing to a politician who is too busy campaigning for re-election to serve constituents.

He worries the country's commitment to a war on cancer, going back to the signing of the National Cancer Act in 1971, could falter. Tripathy said a lot of good science isn't getting funded and bright minds aren't coming into the field.

"If we don't engage the brightest minds to continue the trajectory we're on, then that will affect a whole generation," the doctor said.

At Washington University School of Medicine in St. Louis, dean Dr. Larry Shapiro said the automatic cuts are causing anxiety among young researchers who are wondering what career options they'll have if the current economic climate becomes "the new normal."

"This is all that's being discussed in the hallways and over coffee," he said.

He said two genetics researchers recently decided to leave the university and move their labs to the United Kingdom amid the climate of funding losses.

"Scientists are passionate about their work, and they'll go where they have the best opportunity to accomplish it," Shapiro said.

Washington University School of Medicine could be looking at $30 million to $40 million in budget cuts because of cutbacks at the National Institutes of Health, and possibly having to cut 300 scientific personnel jobs, according to Shapiro. The school is part of a consortium working on new therapies for Alzheimer's disease, and he said that work would be slowed considerably because the NIH is a big funding source.

At University of Massachusetts-Amherst, school officials are projecting that they could lose about $8 million in research money, which could affect projects including biofuels research.

But UMass-Amherst chemistry professor Paul Lahti, who is leading research on better ways to harvest solar energy, said it's the job of senior faculty members to keep students encouraged and excited about the future of discovery despite negative economic factors.

"You carry on and do the best work you can," Lahti tells them.

"The science is going to get done," the professor said. "The younger people in the end are the ones that are our most important project."