Three horse carcasses that tested positive for the equine drug bute may have entered the human food chain in France, the British government said Thursday. Environment Minister David Heath told the House of Commons that eight horses from British abattoirs had tested positive for bute, and "three may have entered the food chain in France. The remaining five have not gone into the food chain." 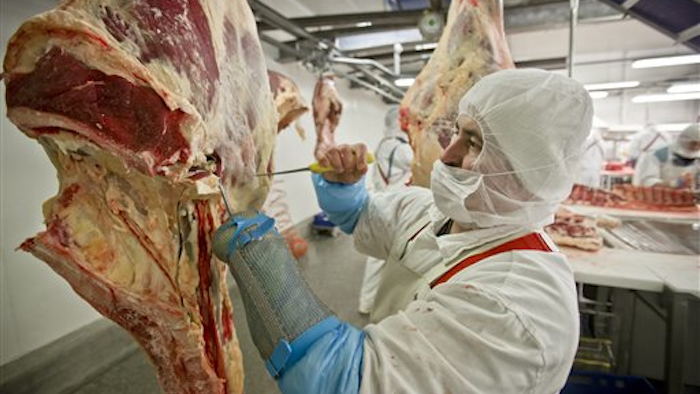 The Food Standards Agency says eight out of 206 horses it checked tested positive for bute, an equine painkiller and anti-inflammatory. It said of those eight, six — all slaughtered by a firm in southwest England — were sent to France and "may have entered the food chain."

The agency is working with French authorities to trace the meat.

Earlier Thursday, Environment Minister David Heath told the House of Commons three horses might have entered the food chain. The reason for the discrepancy was not immediately clear.

Horsemeat itself is not dangerous to eat. But bute, or phenylbutazone, is considered harmful to human health.