While U.S. presidential candidates talk tough on fighting what they see as China's unfair trade policies, one fact gets little notice: Chinese companies are investing more than ever in the U.S. and supporting thousands of American jobs. With two separate billion-dollar deals in shale oil and gas and a struggling chain of movie theaters, and other major ventures in the works, investment from China is set to hit record levels in 2012. 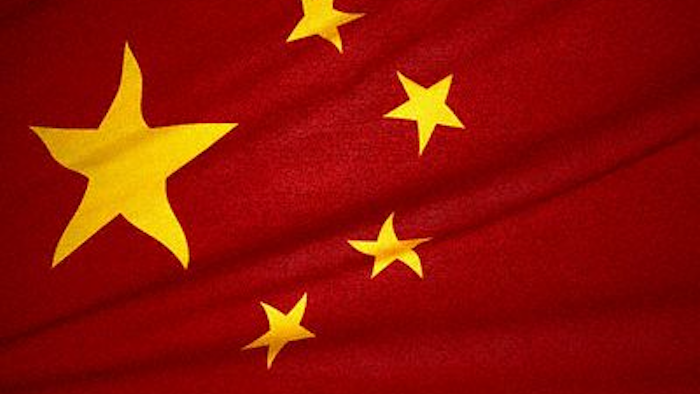 While U.S. presidential candidates talk tough on fighting what they see as China's unfair trade policies, one fact gets little notice: Chinese companies are investing more than ever in the U.S. and supporting thousands of American jobs.

With two separate billion-dollar deals in shale oil and gas and a struggling chain of movie theaters, and other major ventures in the works, investment from China is set to hit record levels in 2012. Its cash-rich companies have expanded their presence here in the past three years, keen to get closer to the lucrative American market and tap U.S. know-how.

The jobs created far from offset what American politicians and some economists see as the millions of jobs lost because of China's currency policies and theft of intellectual property. Also, Chinese investment, especially in telecommunications and other sensitive businesses, isn't always welcome.

But the growth in investment underscores how the relationship between the U.S. and China is more complicated than depicted on the campaign trail. Cheap Chinese products have benefited American consumers, and China's massive purchases of Treasury securities have helped finance the U.S. budget deficit. And while Chinese investment in the U.S. is barely off the starting blocks given the size of its economy, some believe it could become a major source for American jobs.

"There's a huge amount of ignorance in the U.S. market place of how to take advantage of potential Chinese investment," said Larry Morrissey, independent mayor of Rockford, Illinois, a city of 150,000 which hosts three major Chinese companies. While money is tight in the U.S., he said, Chinese firms want to invest and have the funds to do it.

But in the presidential campaign, China seems to attract only negative attention.

"They steal our intellectual property rights. They block access to their markets. They manipulate their currency," Republican vice presidential candidate Paul Ryan told supporters in Ohio last week. He accused President Barack Obama of allowing China to treat him like a "doormat" and vowed Mitt Romney would crack down on China cheating.

Obama, who has sought deeper ties with China, says his administration has nevertheless stepped up trade complaints, and announced one in response to Chinese tariffs on U.S. auto exports during a campaign trip to Ohio in July.

But the administration, as well as the Republican-supporting U.S. Chamber of Commerce, are actively seeking Chinese investment. They want to capitalize on the ambitions of state-owned and private Chinese companies to expand from the developing world to developed countries.

The private Rhodium Group, which closely tracks Chinese foreign direct investment, or FDI, puts the total attracted to the U.S. since 2000 at $20.9 billion. It predicts that Chinese companies could invest between $1 trillion and $2 trillion internationally by 2020 and a significant chunk could come to the U.S.

"Chinese firms are arriving at the inflexion point at which it makes sense for them to be developing more of a commercial presence in the United States and Europe," said Daniel Rosen, partner at the New York-based group.

While China is still far from emulating the outward expansion of Japanese companies into the United States the 1980s, this could be a formative example. Fears then that the U.S. economy might be dominated by Japan proved unfounded. Today, Japanese-affiliated companies employ about 700,000 Americans.

As a strategic and emerging military rival of the U.S., however, China brings with it more baggage. China still restricts foreign investment in much of its own economy. Many of its biggest companies looking to invest abroad are state-controlled.

Cybersecurity is also a major concern because of repeated reports of cyber-attacks on Western companies and government departments originating from China. That has dented the prospects for its telecommunications and technology giants.

Attempts by Huawei, a private Chinese company founded by a former army officer, to acquire 3Com in 2008 and failing U.S. computer company, 3Leaf Systems, in 2011 were floored by security concerns.

U.S. lawmakers have often weighed into the debate. The House Intelligence Committee is investigating Huawei, one of the world's biggest suppliers of telecoms gear, and its rival, ZTE, examining their ties to the Chinese government. It is also probing reports that ZTE is supplying surveillance equipment to Iran.

Lixin Cheng, CEO of the American arm of ZTE, says the company has cooperated in the probe but denies that ZTE is influenced by the Chinese government. (The company is state-owned but has a portion of its shares publicly traded). He describes the allegations as "noise coming from guys who don't want competition here so they can protect their market share."

But Cheng says handset sales have been rising and he remains bullish on the company's prospects in supplying American mobile network carriers, which account for about 90 percent of handset sales in the U.S.

Pin Ni, president of the American arm of the private Wanxiang Group, an auto parts and renewable energy manufacturer that has close to 6,000 employees in the U.S., said negative views of China and political tensions between the two governments deter some companies. Yet in reality, he said, that's little impediment to doing business.

Ni set up Wanxiang America from a home office in Mt. Prospect, Illinois, in 1994, essentially as a sales outlet for the parent company. It now has 27 manufacturing facilities across 14 states, annual revenues of more than $2 billion, and supplies most of the major American auto manufacturers. He said that only about 10 percent of the parts it supplies in America are now sourced from China.

"Our labor costs are higher (in the U.S) but our overall costs are lower because it's more efficient here," he said.

Two other major Chinese firms have investments in Rockford, including Dalian Machine Tool Group which acquired Ingersoll Production Systems and employs 100 people. Rockford is also in talks with Wanxiang about plans to modernize the city center.

"A lot of American cities are completely on the sidelines," said Morrissey, who has made several trade missions to China. "I don't see many cities, especially cities of our size, doing what we are doing, of being proactive and looking to exploit the opportunities there are for Chinese investment."

Joy Huang, president of Connect East, which advises mostly Chinese state-owned enterprises on working in the U.S., said companies want to establish their own brand presence here — something few Chinese firms have achieved, other than appliance-maker Haier and computer-maker Lenovo. She said the main challenge is learning to comply with the myriad regulations and customizing products for picky American consumers.

Chinese companies are targeting a wide range of industries, also including aerospace, banking, metals processing and plastics. In a sign of those diversifying interests, conglomerate Dalian Wanda Group announced in May it is acquiring cinema chain AMC Entertainment Holdings for $2.6 billion, the biggest Chinese takeover of an American company to date.

Both the Rhodium Group and the Heritage Foundation, a Washington-based conservative think tank that maintains a database of major Chinese FDI across the world, predict a record year in 2012.

But Derek Scissors, an expert on China's economy at Heritage, remains skeptical that augurs a spiraling takeoff in Chinese investment into the U.S. He said Chinese FDI in the past eight years has tended to spike from one region to another: first in Australia, then sub-Saharan Africa, and most recently in Latin America.

With the global energy firms now turning their attentions to shale oil and gas in North America, "we're next on the hit parade," Scissors said.