NASA Doles Out $1.1B To Build Private Shuttle

NASA plans to privatize its mission to launch astronauts to the International Space Station by funding proposals from Sierra Nevada, SpaceX and Boeing. 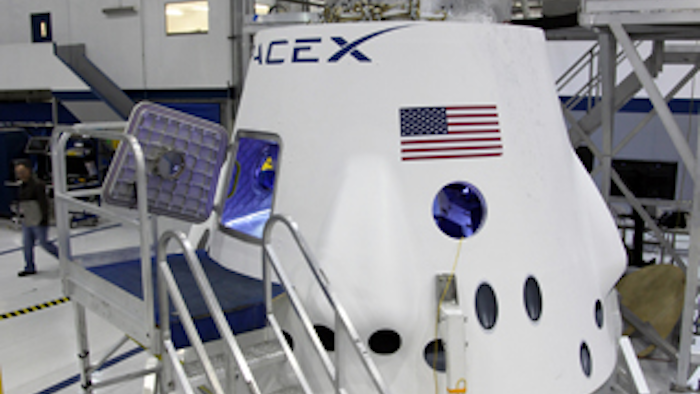 Friday morning NASA announced its plans to privatize its mission to launch astronauts to the International Space Station by funding proposals from Sierra Nevada, SpaceX and Boeing. NASA's Commerical Crew Program (CCP) and Commercial Crew Integrated Capability (CCiCap) initiative aim to make commercial crew transport a cost-effective reality, beginning with two years of testing to verify the efficacy of various designs from each company. After those designs have been throughly tested, the agency will re-negotiate further contracts with the companies involved.

Boeing received the most funding, $460 million, in order to continue developing its CST-100 capsule. SpaceX's DragonRider design received $440 million, while Sierra Nevada's Dream Chaser was given a half-value award worth $212.5 million.

NASA emphasized that its agreements will help maintain or create jobs in America. "Today, we are announcing another critical step toward launching our astronauts from U.S. soil on space systems built by American companies," NASA Administrator Charles Bolden said. "We have selected three companies that will help keep us on track to end the outsourcing of human spaceflight and create high-paying jobs in Florida and elsewhere across the country."

All of the designs will be thoroughly investigated in order to enable the launch of astronauts from U.S. soil in the next five years.

But of the proposed designs, SpaceX is the only to have proven its design in a live mission to the International Space Station at NASA's behest.

The company, led by PayPal and Tesla Motors founder Elon Musk, is expecting to launch its first manned flight using the Dragon spacecraft by 2015 aboard the Falcon 9 rocket. Under the CCiCap proposal, SpaceX will improve the Dragon capsule to incorporate the ability to escape a launch-pad emergencies and a propulsive landing system. The Dragon capsule will also be able to seat seven astronauts.

In addition, the company claims its Falcon 9-Dragon combination will be the safest aircraft ever developed. The system uses liquid rocket engines that can be turned off in an emergency and powered abort capability all the way to orbit, which would allow mission to return home in the event of data that would suggest the mission, and its astronauts, is in danger.

Boeing also expressed optimism for the CCiCap funding. John Elbon, Boeing vice president and general manager of Space Exploration said in a statement: "It is essential for the ISS and the nation that we have adequate funding to move at a rapid pace toward operations so the United States does not continue its dependence on a single system for human access to the ISS."

Here is the full press release from NASA:

NASA Announces Next Steps In Effort To Launch Americans From U.S. Soil

CAPE CANAVERAL, Fla. -- NASA Friday announced new agreements with three American commercial companies to design and develop the next generation of U.S. human spaceflight capabilities, enabling a launch of astronauts from U.S. soil in the next five years. Advances made by these companies under newly signed Space Act Agreements through the agency's Commercial Crew Integrated Capability (CCiCap) initiative are intended to ultimately lead to the availability of commercial human spaceflight services for government and commercial customers.‬

"Today, we are announcing another critical step toward launching our astronauts from U.S. soil on space systems built by American companies," NASA Administrator Charles Bolden said at the agency's Kennedy Space Center in Florida. "We have selected three companies that will help keep us on track to end the outsourcing of human spaceflight and create high-paying jobs in Florida and elsewhere across the country."

CCiCap is an initiative of NASA's Commercial Crew Program (CCP) and an administration priority. The objective of the CCP is to facilitate the development of a U.S. commercial crew space transportation capability with the goal of achieving safe, reliable and cost-effective access to and from the International Space Station and low Earth orbit. After the capability is matured and expected to be available to the government and other customers, NASA could contract to purchase commercial services to meet its station crew transportation needs.

The new CCiCAP agreements follow two previous initiatives by NASA to spur the development of transportation subsystems, and represent the next phase of U.S. commercial human space transportation, in which industry partners develop crew transportation capabilities as fully integrated systems. Between now and May 31, 2014, NASA's partners will perform tests and mature integrated designs. This would then set the stage for a future activity that will launch crewed orbital demonstration missions to low Earth orbit by the middle of the decade.

"For 50 years American industry has helped NASA push boundaries, enabling us to live, work and learn in the unique environment of microgravity and low Earth orbit," said William Gerstenmaier, associate administrator for the Human Exploration and Operations Mission Directorate at NASA Headquarters in Washington. "The benefits to humanity from these endeavors are incalculable. We're counting on the creativity of industry to provide the next generation of transportation to low Earth orbit and expand human presence, making space accessible and open for business."

While NASA works with U.S. industry partners to develop commercial spaceflight capabilities to low Earth orbit, the agency also is developing the Orion Multi-Purpose Crew Vehicle (MPCV) and the Space Launch System (SLS), a crew capsule and heavy-lift rocket to provide an entirely new capability for human exploration. Designed to be flexible for launching spacecraft for crew and cargo missions, SLS and Orion MPCV will expand human presence beyond low Earth orbit and enable new missions of exploration across the solar system.