Economic activity in the manufacturing sector contracted in May for the first time since November 2012, and the overall economy grew for the 48th consecutive month, say the nation’s supply executives in the latest Manufacturing ISM Report On Business®.

“In yet another report that demonstrates the impact of global economic weakness on U.S. manufacturing growth, the Institute for Supply Management (ISM) reported that U.S. factory activity actually contracted in May, with the Index falling to 49.0 (below the 50.0 threshold for growth) from 50.7 in April,” noted Cliff Waldman, Senior Economist for the Manufacturers Alliance for Productivity and Innovation (MAPI). “This is the first contraction that the ISM report has shown since November of 2012 and is fairly broad-based, with notable weakness in new orders, production, and the backlog of orders.”

Manufacturing contracted in May as the PMI™ registered 49 percent, a decrease of 1.7 percentage points when compared to April’s reading of 50.7 percent. This month’s reading reflects the second month of contraction in the manufacturing sector since July 2009, when the index registered 49.9 percent. It is also the lowest reading for the PMI™ since June 2009, when the index registered 45.8 percent. A reading above 50 percent indicates that the manufacturing economy is generally expanding; below 50 percent indicates that it is generally contracting.

“It certainly is a little bit of a pullback in manufacturing, indicating contraction in the sector. Nevertheless, the overall economy is still growing when we’re at that level,” says Bradley J. Holcomb, CPSM, CPSD, chair of the ISM Business Survey Committee. “I view this as a little bit of a setback or a pothole in the road, and we’ll obviously have to wait to see what next month will bring. But certainly, we don’t have a new trend. It’s just one data point.”

ISM’s New Orders Index registered 48.8 percent in May, a decrease of 3.5 percentage points when compared to the April reading of 52.3 percent. This represents contraction in new orders for the first time since December 2012, when the index registered 49.7 percent. A New Orders Index above 52.2 percent, over time, is generally consistent with an increase in the Census Bureau’s series on manufacturing orders (in constant 2000 dollars).

“The PMI pretty much, is driven by new orders. The fact that it’s down 3.5 percent is a pretty big decline,” says Holcomb. “And among those reporting a decline are 4 of the largest sectors that we cover, starting with computer and electronic products, chemical products, transportation equipment, and petroleum and coal products.”

ISM’s Production Index registered 48.6 percent in May, which is a decrease of 4.9 percentage points when compared to the 53.5 percent reported in April. This month’s reading indicates contraction in production for the first time since August 2012, when the index registered 48.9 percent. It also reflects only the second month of contraction for the index since May 2009. An index above 51.2 percent, over time, is generally consistent with an increase in the Federal Reserve Board’s Industrial Production figures.

“That’s not a bad thing,” explains Holcomb, “to slow down production in view of these new orders not materializing and being sure not to get ahead of themselves with regard to creating too much inventory of finished goods.”

This month’s reading indicates that respondents are reporting inventories contracted in May for the third consecutive month, but at a slower rate than in April. The Inventories Index registered 49 percent in May, which is 2.5 percentage points higher than the 46.5 percent reported in April. An Inventories Index greater than 42.7 percent, over time, is generally consistent with expansion in the Bureau of Economic Analysis’ (BEA) figures on overall manufacturing inventories (in chained 2000 dollars).

“When we say ‘inventories,’ that means raw materials inventories,” Holcomb explains, “and the fact that it’s at 49, below 50, is really a good thing, particularly when you couple that with production. Production was lowered on purpose and yet [manufacturers] still managed to keep their inventories below 50, which is a good thing. It suggests that there’s still room for customers to order new product, to fill inventories, and to replenish stocks.”

“While the world economy is more stable, U.S. factories are confronting a challenging global environment with an ongoing and widening recession in Europe and a sluggish rebound from a significant emerging market slowdown,” Waldman adds.  “Further, while the U.S economy continues to grow, it is, as recent consumer spending data shows, slow and choppy growth laced with great monetary and fiscal policy uncertainty.”

ISM’s New Export Orders Index registered 51 percent in May, which is 3 percentage points lower than the 54 percent reported in April. This month’s reading represents the sixth consecutive month of growth in new export orders, and follows six consecutive months of contraction dating back to June 2012.

ISM’s Imports Index registered 54.5 percent in May, which is 0.5 percentage point lower than the 55 percent reported in April. This month’s reading represents the sixth consecutive month that the Imports Index has registered at or above 50 percent.

“Despite the PMI and new orders, [these numbers] say that the give and take globally is still there. It’s still flowing,” says Holcomb, “and at a reasonably good level.”

The ISM Prices Index registered 49.5 percent in May, which is a decrease of 0.5 percentage point compared to the April reading of 50 percent. This also indicates that raw materials prices decreased in May for the first time since July 2012. The Prices Index has decreased by 12 percentage points in the last three months. A Prices Index above 49.7 percent, over time, is generally consistent with an increase in the Bureau of Labor Statistics (BLS) Index of Manufacturers Prices.

The Prices Index is both good and bad, offers Holcomb: “In the short term, lower prices of raw materials are certainly a good thing for manufacturing; it’s reflective of what’s happening in energy that translates into plastics and steel production. If this lingers, however, for a few months, then that’s a broader problem—it reflects a softening in overall demand of finished goods as well as semi-finished goods.”

“Short-term volatility due to sharp inventory swings, as well as weather-related distortions to the normal seasonality characteristic of the early months of the year, have been a part of the manufacturing growth picture in recent years, suggesting caution in interpreting monthly data,” says Waldman.

“It’s just one data point below 50,” adds Holcomb, “and it hasn’t happened in awhile. I think we view this right now as momentary pullback and we’ll look for better things to come.

“The PMI itself, down to 49.0 was a surprise, and actually a disappointment. But at the same time, things can’t keep going up forever. So take this in stride for now and we’ll see what next month brings, and hopefully a number above 50.”

See the full report at www.ism.ws. 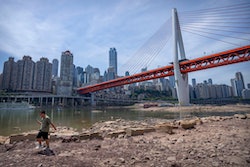 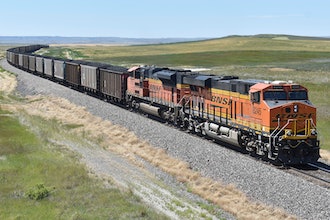