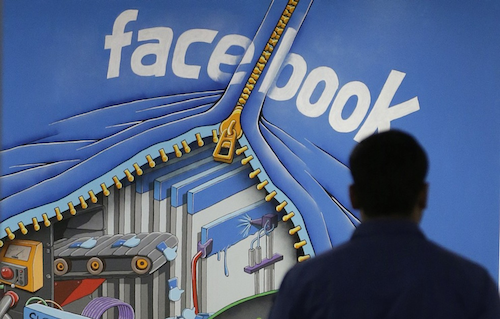 But the company also announced that it's getting more involved in the ever-expanding Internet of Things.

"It's 2015 now and this world is getting better," said Ilya Sukhar, who founded Parse and remains its CEO after its acquisition by Facebook two years ago. "We're seeing many more devices come online."

The Industrial Internet Consortium and the Open Interconnect Consortium, two top IoT-supporting nonprofits, estimated nearly 5 billion devices would be able to connect to the Internet this year, but GE expects that number to grow ten-fold by 2020. Data from connected devices, meanwhile, could prove useful to companies such as Facebook for potential advertising revenue.

Roost, a startup that makes connected lithium batteries for smoke and carbon monoxide detectors, became one of the first companies to use the new kit. CEO Roel Peeters said the announcement represents a major change in the advancement of IoT.

"Facebook is making a major play in positioning themselves as a central cloud backend for IoT," Peeters said. "When Facebook makes a move like this, people shouldn’t underestimate what that means."

Apple, beset by falling iPhone sales, announced upcoming changes to its phone and computer software intended to highlight its increasing emphasis on digital services and to further position it as a fierce guardian of personal privacy.
Jun 4th, 2019

The Cubis® II balance series was designed for customizable modularity, which means the user can choose from many hardware and software options for thousands of different configurations. Choose from among 45 weighing modules, seven draft shields, two display and control units, and five software packages, including more than 60 software Apps.
Sartorius Lab Instruments GmbH & Co. KG
May 13th, 2019

Take a look at the new and innovative products hitting the manufacturing industry this past week.
Catherine Sbeglia
May 3rd, 2019

Inventory management is one of the most critical aspects of any organization.
May 2nd, 2019

Take a look at the new and innovative products hitting the manufacturing industry this past week.
Catherine Sbeglia
Mar 15th, 2019

In manufacturing companies, aging legacy hardware systems run the critical applications that your company relies on for its operations. Historically, these systems are reliable but classic hardware is aging and an increasing risk. They are becoming more susceptible to failures and when they fail, the impact is devastating. We specialize in virtualizing legacy servers so you can reduce your operational risk AND costs, modernize your IT infrastructure and enhance your IT performance. Learn more about
Stromasys Inc
Mar 8th, 2019