At last week's annual meeting of Coca-Cola shareholders in Atlanta, Georgia, the National Center for Public Policy Research urged the beverage giant's CEO, Muhtar Kent, to do far more to promote the safety and benefit of GMOs, as the food industry is under near-constant assault from activists who seek to demonize these ingredients. 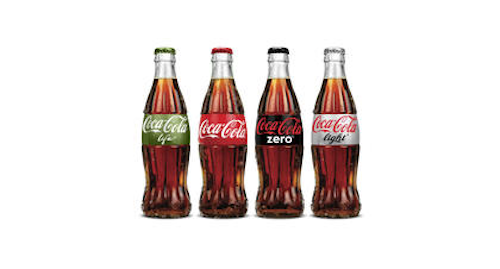 Washington, DC — At last week's annual meeting of Coca-Cola shareholders in Atlanta, Georgia, the National Center for Public Policy Research urged the beverage giant's CEO, Muhtar Kent, to do far more to promote the safety and benefit of genetically modified organisms (GMOs), as the food industry is under near-constant assault from ant-science activists who seek to demonize these ingredients.

A video of the exchange is here.

"The food and beverage industry has a moral obligation and a business incentive to confront anti-GMO activists by promoting the safety and promise of these high-yield foods," said National Center Free Enterprise Project Director Justin Danhof, Esq. "The attacks on GMO foods often come from elitists such as television personality Dr. Mehmet Oz and the self-appointed Food Babe, Vani Hari , who have used their respective platforms to spread junk science and fear. But their actions have real-world harm and large food and beverage companies such as Coca-Cola have a duty to set the record straight."

At the meeting, held April 29 in Atlanta, Danhof explained the scientific community agrees GM ingredients are safe and the actions of anti-GMO activists are causing human suffering. He stated:

Despite the fact that GMOs are mainstream agriculture, GMOs feed people more efficiently, GMO crops are more environment-friendly than conventional crops and there is a scientific consensus GMO foods are safe - activists still attack companies such as Coca-Cola for using GMOs in some of its products.

Last year, Scientific American reported that the delayed application of Vitamin A-enhanced Golden Rice thanks to controversies stirred by anti-GMO activists had cost over 1.4 million life years in India alone since 2002. This is real human suffering and death.

Danhof went on to explain that the anti-GMO crowd has tricked much of the public into distrusting these ingredients. This increases the need for strong corporate action:

The anti-GMO attacks come from Americans who have likely never missed a meal in their lives. Their campaign against GMOs is unscientific, fear-based and inhumane, but they are winning. One ABC News poll showed 93 percent of Americans think the federal government should mandate GMO labeling - a tactic they hope will elevate GMOs with taboo products such as tobacco and alcohol.

As perhaps the most recognizable brand in the world, Coca-Cola has an opportunity, and indeed a duty, to do more to bridge the GMO information gap and educate consumers about the safety of GM products.

Danhof asked Mr. Kent to make Coca Cola's health scientists, nutrition specialists and himself available to the American and international media to combat the unscientific activists and stand up for the promise of GMOs.

First, we appreciate your question - question about technology, biotechnology, that you're presenting, in a way a slightly different perspective than we have heard in the past. And we've- all of us at Coca-Cola, we firmly believe that there is - that the only way that we can combat some of these matters that you've just talked about is again, that golden triangle of government - not relying solely on government though, business, and civil society organizations like yours, public policy think-tanks like yours, coming together and talking about how we have more sound science, how we can have better science and how we can collaborate more to make sure that consumers are better educated, government officials are better educated and that we can have a consensus of view forward on how to deal with some of these major issues that you have outlined.

And many of our regulatory affairs executives and scientific executives are involved in those discussions and I'm very happy even to even re-commit them a very productive dialogue with organizations like yours. And I'm very happy to be also a part of those where it can serve a purpose.

"It is encouraging to hear an industry leader that is willing to push back against these anti-GMO activists," said Danhof. "A whole lot of folks have bought into the fear campaign regarding high-yield produce, which is often financed by the organic food lobby. Corporate tepidness has played a part in allowing this misinformation campaign to gain so much momentum. As a perpetual target of these attacks, it is incumbent upon Coca-Cola's leadership to be pro-active in the GMO debate."

In 2014, National Center representatives spoke with many major food companies about doing more to engage the public in the debate over GMOs.

"A little education goes a long way on the GMO issue," said Danhof. "Since the other side's arguments lack merit and are based only on fear, the public is quick to take to reasoned explanations that are fact-based and rooted in science. Someone just has to be in the public sphere continually making that case. I hope Coca-Cola and other food and beverage companies start taking that role more seriously."

The National Center for Public Policy Research, founded in 1982, is a non-partisan, free-market, independent conservative think-tank. Ninety-four percent of its support comes from individuals, less than four percent from foundations, and less than two percent from corporations. It receives over 350,000 individual contributions a year from over 96,000 active recent contributors. Sign up for free issue alerts here or follow us on Twitter at @NationalCenter.