Workers at Some Hanford Tanks Stop in Dispute Over Vapors

A coalition of labor unions on the Hanford Nuclear Reservation in Washington state stopped work Monday at some of the radioactive waste tank farms because of health concerns over chemical vapors. 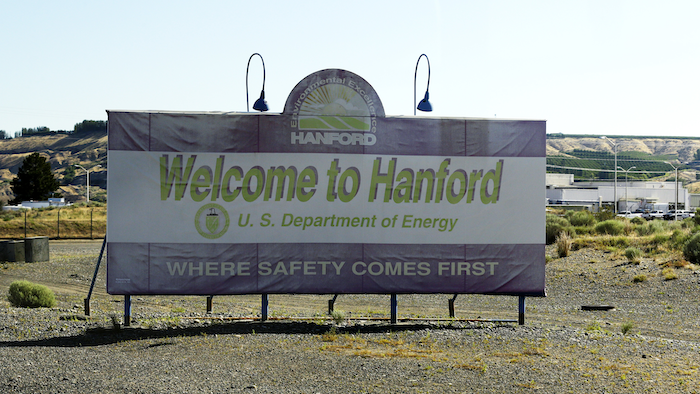 SPOKANE, Wash. (AP) — A coalition of labor unions on the Hanford Nuclear Reservation in Washington state stopped work Monday at some of the radioactive waste tank farms because of health concerns over chemical vapors.

The Hanford Atomic Metal Trades Council issued a "stop work" order at the double-walled tanks that contain dangerous wastes from the past production of plutonium for nuclear weapons.

Dave Molnaa, president of the council, said workers are demanding that they be supplied with bottled air when they perform work at any of the tank farms. Currently, bottled air is required only when working among the older, single-walled underground tanks where most of the vapor episodes have occurred.

"I believe there is a safety risk to workers inside the tank farms," Molnaa told The Associated Press in a telephone interview from Richland, where Hanford is located.

It was not immediately clear how many employees had stopped work on the sprawling Hanford site, which has more than 8,000 workers.

Officials for Washington River Protection Solutions, the private contractor that operates the tank farms for the U.S. Department of Energy, confirmed the work stoppage at the double-walled tank farms.

"Stopping work is not only a right, it is the responsibility of all WRPS workers who feel there is a safety issue," Lindholm said in a press release.

The contractor is evaluating the feasibility of implementing the HAMTC demand for bottled air, he said.

Last week, WRPS proposed some changes for working in the tank farms. But the company said that requiring bottled air at the newer double-walled tank farms was unnecessary.

Hanford for decades made plutonium for nuclear weapons, and 56 million gallons of the most dangerous waste from that work is stored in 177 giant underground tanks, most of them single-walled models. There are 28 double-walled tanks.

Workers for years have complained that chemical vapors from the tanks have made them ill.

More than 50 Hanford workers in recent months have sought medical examinations for possible exposure tochemical vapors. Some reported smelling suspicious odors and some experienced respiratory problems. Nearly all were cleared to return to work.

Molnaa said refusing to require bottled air at the double-walled tanks is "the same type of negligent rhetoric these workers have been hearing from the federal government for 20 years."

"I believe there is a safety risk to workers inside the tank farms," Molnaa added. HAMTC is a coalition of more than a dozen unions at the sprawling Hanford site, which is half the size of Rhode Island.

Tank farm work involving the movement of nuclear waste is suspected in the release of the non-radioactivechemical vapors, which are invisible. The exact content of the vapors is unknown because the contents of thenuclear waste tanks are not completely known.

The federal government is legally required to clean up the waste, a job that will take decades and cost billions of dollars.