No one was injured Monday night in explosions and a fire at a natural gas plant in southern Mississippi. 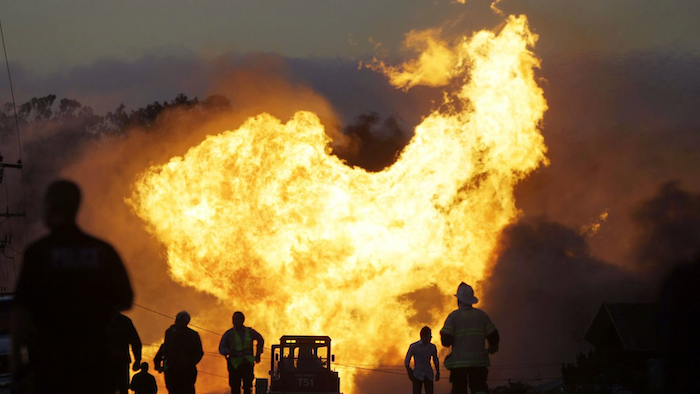 No one was injured Monday night in explosions and a fire at a natural gas plant in southern Mississippi, authorities said.

Etheridge said the second blast could be felt up to 10 miles away.

"The two workers on duty were in a safe room at the time of the two explosions and were not injured," Etheridge said.

"The explosion and fire which following has heavy damaged the processing area," he said.

The fire continued to burn Tuesday morning, but "has diminished over the past several hours," Etheridge said.

Firefighters continued to stream water on the fire, he said.

"What's burning now is residue in the lines," he said. "We aren't sure how long it will continue to burn."

The plant located near Pascagoula had just been sold to the minority owner, Enterprise Products Partner L.P., from majority owner BP.

"Once the fire is out, we'll launch an investigation into the cause of the explosion and fire," Rainey said.

The Mississippi plant removes the liquid from natural gas and ships it to utilities along the east coast, Rainey said.

The liquid is then sent to other plants where propane and butane are produced.

"We do not know at this time how long with plant will be offline," Rainey said.

He said the plant has a capacity of 1.5 billion cubic feet of natural gas per-day, but the plant was nowhere near its capacity.