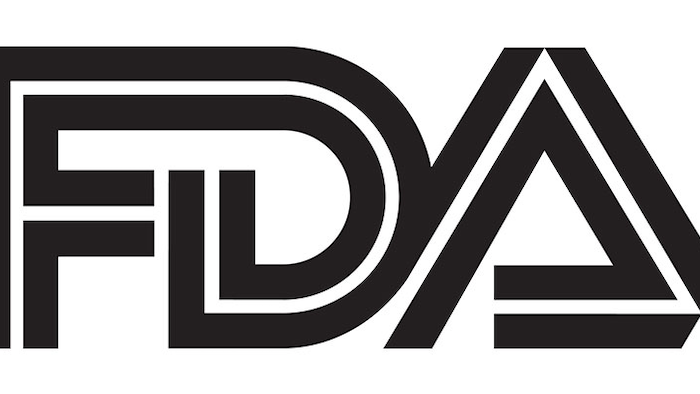 SILVER SPRING, Md. (PRNewswire-USNewswire) — A person commits a crime, and the detective uses DNA evidence collected from the crime scene to track the criminal down.

An outbreak of foodborne illness makes people sick, and the U.S. Food and Drug Administration (FDA) uses DNA evidence to track down the bacteria that caused it.

Sound far-fetched? It's not. The FDA has increasingly used a complex, cutting-edge technology called whole genome sequencing to support investigations of foodborne illnesses. Put as simply as possible, whole genome sequencing is a rapid way of figuring out the order of DNA nucleotides, or bases, in a genome—the order of As, Cs, Gs, and Ts that make up the DNA of all living things. The human genome is made up of nearly 4 billion of these genetic letters in sequence. Bacteria have much fewer genes and genetic letters. When it comes to outbreaks, scientists study the genome of the bacteria that cause disease, called pathogens.

Most recently, whole genome sequencing was instrumental during the investigation of a multi-state outbreak of Listeria monocytogenes infection. The sequencing allowed the FDA to identify one likely source of the illnesses in this outbreak—frozen vegetables produced by CRF Frozen Foods of Pasco, Washington.

Working with the Centers for Disease Control and Prevention (CDC) and various state health and agriculture departments, the FDA used whole genome sequencing to match DNA obtained from the Listeria monocytogenes found in the food samples collected by investigators and bacterial DNA in samples taken from people who had become ill with listeriosis. Beginning in April, CRF Frozen Foods initiated a recall, and subsequently expanded their recall twice, to include hundreds of frozen fruit and vegetable products sold under 42 separate brands.

Additionally, bacteria found in samples taken by the FDA in March from the food processing environment of another firm based in Pasco, Oregon Potato Company, were found to match the bacteria in samples taken from people who had become ill. Based on this information, the Oregon Potato Company voluntarily recalled wholesale onion products, which led to secondary recalls of related products.

Building a Database the World Over

According to Eric Brown, Ph.D., director of the Division of Microbiology at the FDA's Center for Food Safety and Applied Nutrition, foodborne pathogens – put simply, bacteria that cause disease — have millions of different genomes, or sequences of genetic code. "Think of Salmonella, for instance, as a tribe of many thousands of subtly different pathogens," he says.

Every member of that tribe is unique, just as every fingerprint is unique. In the same way, every person is unique. "Whole genome sequencing helps us to crack the genetic code," Brown says.

How? "A pathogen can evolve very quickly, and begin to acquire unique genetic signatures that identify it as coming from a particular geographic region," Brown explains. "By pairing genomic information with geographic information, we can narrow the search for the source of a contaminated food ingredient, even if it's located halfway around the world."

And this helps speed up outbreak investigations. The faster that public health officials can identify the food or ingredient that caused the illness and where it came from, the faster the harmful ingredient can be removed from the food supply — and the more illnesses and deaths that can be averted.

To realize this goal, the FDA is spearheading an international effort to build a network of laboratories that can sequence the genomes of foodborne pathogens. Labs can then upload the pathogen's genetic sequence, as well as information about where the pathogen was gathered, into the publicly accessible GenomeTrakr database. The GenomeTrakr network, established by the FDA in late 2012, is comprised of FDA, state, federal and international food safety laboratories focused on sharing WGS data on a global scale.

"As the size of the database grows, so will its strength as a tool to help focus and speed investigations into the root cause of illnesses," says Marc W. Allard, Ph.D., a senior biomedical research services officer in the Division of Microbiology.

The GenomeTrakr network and the amount of data being generated and entered in the database is expanding rapidly. GenomeTrakr has sequence information on more than 50,000 isolates, or strains of bacteria, through March 2016. "Currently, we're sequencing more than 1,000 isolates a month," Allard says, adding that in 2016, the GenomeTrakr's most significant growth will come from data submitted by countries outside of the United States. "We're on a growth curve," he says, "and there's no evidence that it's going to stop."

Whole genome sequencing can do more than simply determine the source of a foodborne illness outbreak with great speed and precision. More specifically, the FDA is using it to:

Once a bacterium is sequenced, the generic information can be used indefinitely. The "evidence" doesn't get used up, and scientists can continue to match strains from years past. Brown says the FDA is pushing the whole genome sequencing technology out to the frontlines of food safety "as quickly and completely as it can."

What does this mean for future tracking of food-borne illnesses? Industry is starting to recognize and use whole genome sequencing as a way to monitor ingredient supplies, determine the effectiveness of preventive and sanitary controls, and determine the persistence of pathogens within the factory environment, Brown says.

If a food production facility finds a pathogen during testing, it can use the GenomeTrakr database to help identify the source of bacterial contamination and take whatever corrective steps are necessary to make sure the food it produces is safe to eat. Allard adds that the FDA is working with like-minded food industry specialists who are examining the value of whole genome sequencing for food safety as they work to produce the safest food possible.

"We're helping to raise the bar for food safety around the world," Brown says.

The hard hat is available in non-vented and vented shell styles.
May 12th, 2022
Follow Us
Most Recent