Schools across China have been ordered to remove running tracks made from toxic materials that have been blamed for sickening students. 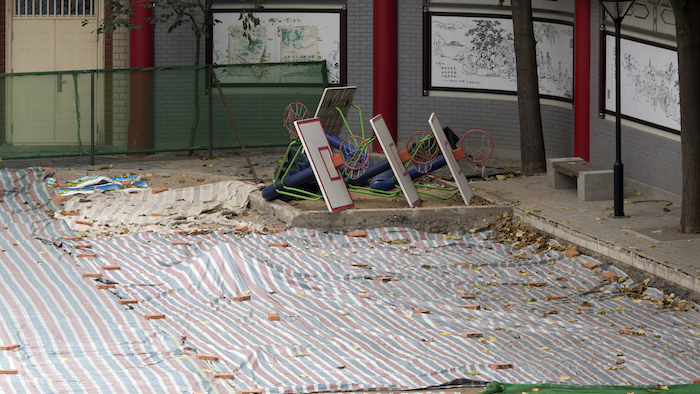 BEIJING (AP) — Schools across China have been ordered to remove running tracks made from toxic materials that have been blamed for sickening students, in the latest in a long line of product scandals blamed on corruption and weak oversight.

The issue points to slack building standards at the nation's schools, underscored by the deaths of three female middle school students when a brick wall was blown over by a strong gale in the city of Shijiazhuang southwest of Beijing.

Another student was seriously injured in the incident Wednesday night, the local government reported.

A statement on the Education Ministry's website said nationwide inspections by environmental and consumer protection departments have been ordered over the summer school break.

Any track found to be unsafe must be removed, the statement said, while construction of new tracks will be suspended until contractors can be properly vetted to ensure they meet industry standards.

Investigations will also be conducted into officials and others found to have been negligent or corrupt. Those found guilty will be punished severely "with no mercy given," the statement said.

Tracks made from recycled tires and other industrial waste are believed to have caused dizzyness, nosebleeds and respiratory problems among students in Beijing and several outlying provinces.

One Beijing school has already begun tearing up its track after students fell ill during a stretch of particularly hot weather.

Both the toxic tracks and the collapsed wall point to problems with poor planning and shoddy construction in the nation's schools, where large class sizes and badly designed buildings have led to deadly crushing incidents. State broadcaster CCTV also recently reported an outbreak of health problems among students at a high school campus in the eastern province of Zhejiang, possibly linked to polluted soil, although local authorities said inspections turned up no environmental problems.