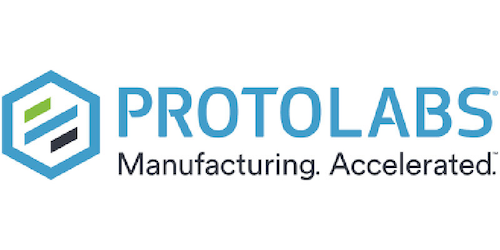 The new facility is the centerpiece of Protolabs’ 20th anniversary—a milestone the company reached in May. Founded in 1999, Protolabs has seen aggressive growth over the past two decades due to its manufacturing model that couples digital front-end part analysis with automated toolpathing to produce custom machined components in as fast as 24 hours.

“We are truly living in an on-demand consumer economy and that’s no different for manufacturing. Our customers are hungry for manufacturing partners that can see their products through ever-shrinking life cycles and Protolabs is uniquely positioned to serve our customers’ needs from early prototyping to on-demand production,” explained Vicki Holt, President and CEO at Protolabs.

The global digital manufacturer now serves more than 45,000 unique product developers each year, across three continents and 60 countries. Over the past 20 years Protolabs has grown in capabilities with four flagship services and 11 manufacturing technologies, and has added capacity with more than 1 million sq. ft. of manufacturing space that houses over 1,000 machines producing nearly 4 million parts each month.

“Protolabs has exceeded my wildest dreams,” said Larry Lukis, Protolabs’ founder. “The company was born out of personal frustration that manufacturing parts took months, when it could take days or even minutes. There needed to be a way to make it easier and faster for product developers to get prototype parts and accelerate development cycles. Protolabs has achieved that goal and made advanced manufacturing technologies accessible for everyone, from makers to startups to Fortune 500 companies.”

An official grand opening celebration and ribbon-cutting ceremony was held yesterday at the Brooklyn Park facility, providing community and industry leaders with an opportunity to see the smart facility firsthand.