Claudio Belotti knows he cut the denim that became the jeans Meghan Markle wore on one of her first outings as the fiancee of Britain's Prince Harry. 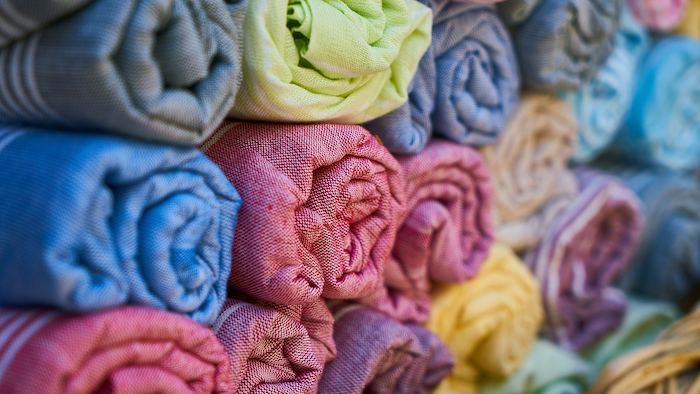 Claudio Belotti knows he cut the denim that became the jeans Meghan Markle wore on one of her first outings as the fiancee of Britain's Prince Harry.

That's because he cuts all of the fabric for Hiut Denim Co., a 7-year-old company that makes jeans in Cardigan, Wales. Belotti is a craftsman with 50 years of experience that gives his work a personal touch — something that's not quite couture but not exactly mass-produced either.

"There's a story behind each one," Belotti said. "You're paying for the skill."

Customer demand for something unique is helping small companies like Hiut buck the globalization trend and set up shop in developed countries that had long seen such work disappear. While international brands like H&M and Zara still dominate the clothing market, small manufacturers are finding a niche by using technology and skill to bring down costs and targeting well-heeled customers who are willing to pay a little more for clothes that aren't churned out by the thousands half a world away.

Profits at smaller national clothing firms grew 2 percent over the last five years, compared with a 25 percent decline at the top 700 traditional multinationals, according to research by Kantar Consulting.

Their success comes from promoting their small size and individuality, said Jaideep Prabhu, a professor of enterprise at Cambridge University's Judge Business School.

"It's a different kind of manufacturing," he said. "They are not the Satanic mills. These are very cool little boutiques."

Hiut, which makes nothing but jeans, employs 16 people in Cardigan and makes 160 pairs a week. Women's styles range from 145 pounds ($192) to 185 pounds ($244), men's go for 150 pounds to 235 pounds. Each is signed by the person who sewed it, known in the company as a "Grand Master." By contrast, Primark says it sources products from 1,071 factories in 31 countries and keeps costs down by "buying in vast quantities." The most expensive pair of jeans on the company's website sells for 20 pounds.

Many of these small manufacturers also try to stand out by embracing social issues, from reducing waste to paying a living wage.

Hiut, for example, highlights its efforts to put people back to work in a small town that was devastated when a factory that employed 400 people and made 35,000 pairs of jeans a week shut down. Underscoring the years of craftsmanship that go into each pair of jeans, the company offers "free repairs for life."

This kind of customer service helps form a "personal relationship" between a brand and the shopper that is valuable, says Anusha Couttigane of Kantar Consulting.

Customers notice. Laura Lewis-Davies, a museum worker who from Wales, says she wants to support independent businesses when she can and bought a pair of Hiut jeans after seeing a story about Markle wearing the brand.

"Well-crafted things bring more joy," she said. "I'd rather buy fewer things but know they're good quality (and) made by people who are working in good conditions for a fair salary."

The rise of small clothing makers reflects a broader shift in consumer preferences away from big brands — as evident, say, in the boom in craft beers. In fashion, technology is fueling the trend.

The internet provides a cheap way to reach customers, while off-the-shelf artificial intelligence programs allow companies to accurately forecast demand and order materials so they can make small batches and avoid unwanted stock. That makes it possible to produce clothes that are more customized.

"Data is the backbone for this and the trigger," said Achim Berg, a senior partner at McKinsey & Co. in Frankfurt who advises fashion and luxury goods companies. "It's not custom-made, but it gives the consumer the opportunity to be more individual."

A survey of 500 companies by McKinsey and The Business of Fashion, an influential industry news website, identified personalization as this year's No. 1 trend. Consumers are willing to hand over personal information to get more customized products and services, according to a 2016 survey by Salesforce.com, which provides online sales and marketing tools for businesses.

Established brands have recognized the trend and offering to customize products, too. Adidas, for example, offers the chance to mix and match colors and materials on things like the sole and laces on some of its shoes.

But making clothes on a smaller scale has also gained a moral tinge after scandals about sweatshops, child labor and unsafe working practices hit global brands in recent years. The 2013 collapse of the Rana Plaza building in Bangladesh, which killed 1,100 and injured 2,500 others, highlighted the grim conditions in factories that export to the United States and Europe.

Jenny Holloway, who employs 100 people at Fashion Enter in London, said she's not interested in making as many garments as possible and selling them as fast as she can.

"I'd like to say we've done a massive business plan and we refer to it. We don't," Holloway said. "We sit down and have a cup of tea and we have a chat and we evaluate how things sit with us. How does that client fit our ethics? ... It isn't about money and making that big buck. It's about sustainability."

Prabhu sees this as part of a bigger shift away from the model of outsourcing production to low-cost countries like China. "You're trying to constantly keep up with your customers. Your competitive advantage is to give them something closer to their needs."

Hiut Denim is an example of this backlash.

The company is based in a town of some 4,000 people where 10 percent of the population once made jeans. Then, a decade ago, the factory shut down as the owners moved production to Morocco and later to China.

When David and Clare Hieatt decided to start making jeans again, they were determined to take advantage of the years of professional experience going to waste. They hoped that would give their products a "story" to market.

Markle's decision to wear Hiut jeans in Wales boosted that effort. The company now has a waiting list of three months.

"For the town it's been incredible because it gives people a confidence to go, 'Wow. This town makes a world-class product,'" David Hieatt said. "We lost our mojo when we lost 400 jobs, but now we're getting it back. That's a very cool story."

Martin Benedyk contributed to this report. 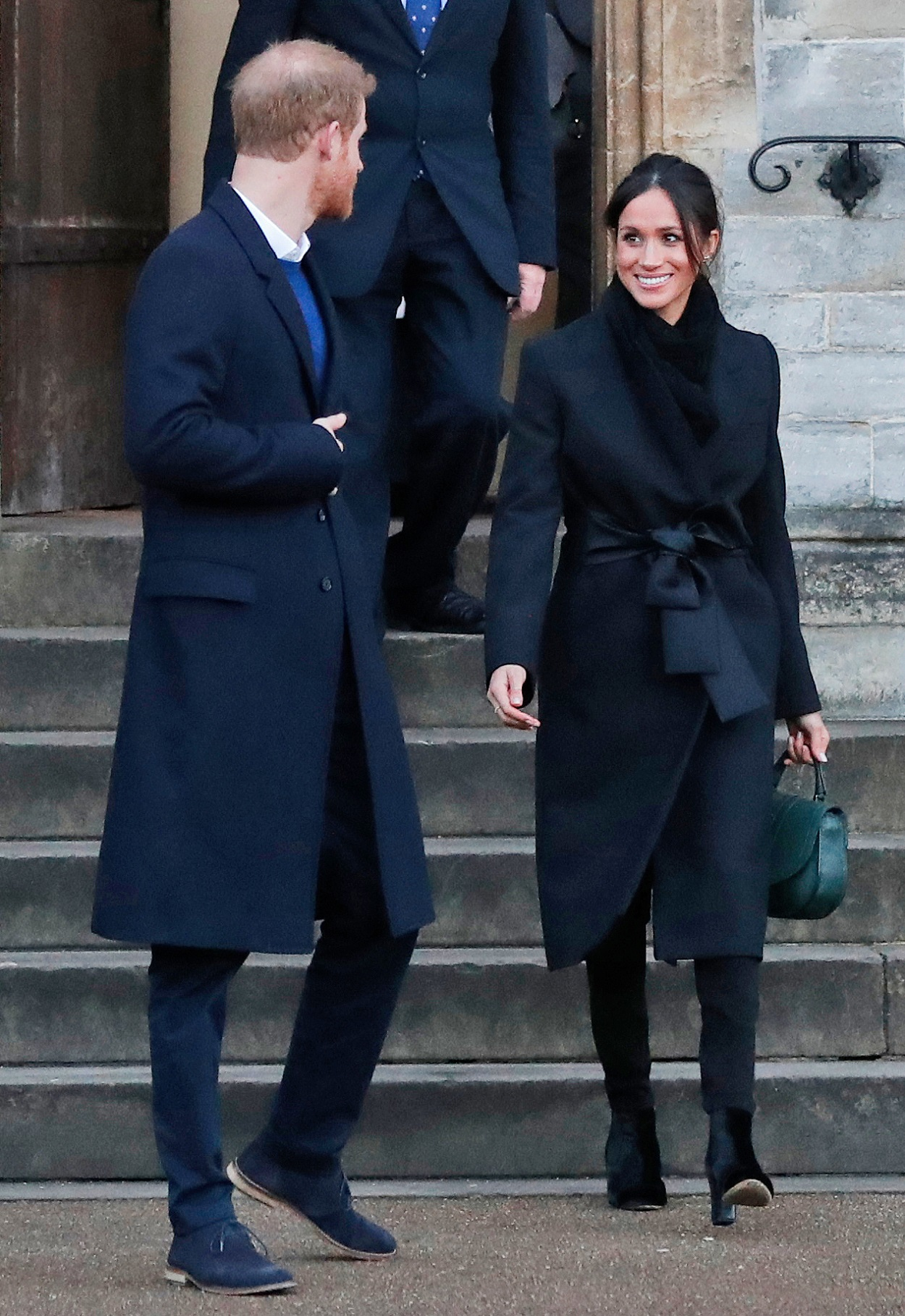 In this Thursday, Jan.18, 2018 file photo, Britain's Prince Harry and his fiancee Meghan Markle leave after a visit to Cardiff Castle in Cardiff, Wales. When Meghan wore jeans from the Hiut Denim Company, there was worldwide publicity about a firm in Wales which started to re-employ workers displaced when the local factory closed, helping small companies like Hiut buck the globalization trend. Image credit: AP Photo/Frank Augstein, FILE
Latest in Operations