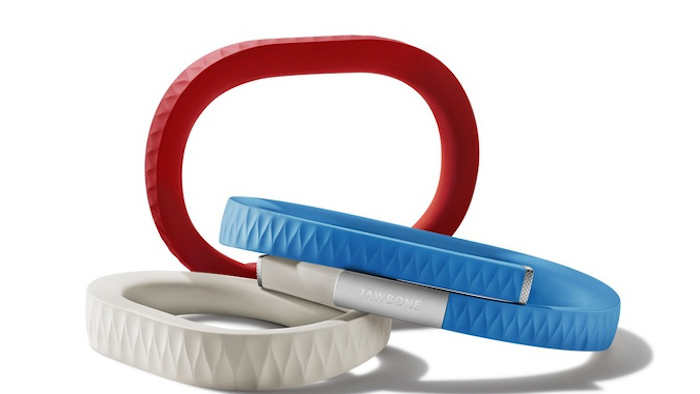 The complaint filed Wednesday says that essentially all of Fitbit's products violate patents belonging to Jawbone, and asks the court to stop Fitbit from making and selling those products. Jawbone wants a jury trial to resolve the issue, and it is also seeking compensatory damages, attorney's fees, and other payments if the court deems them appropriate.

Fitbit, based in San Francisco, said it will defend itself against the lawsuits. It said its products are independently developed and that the company has more than 200 patents and patent applications.

In late May, Jawbone filed a lawsuit in Superior Court in San Francisco saying Fitbit and a group of employees who quit Jawbone to work for Fitbit stole trade secrets, business plans, market research, and other information.

Both companies make watch-sized devices that capture fitness data like how many steps a wearer takes and estimate how many calories they are burning, how far they've traveled, and how long they've been active. Some of them also capture heart rate and running speed and sleep duration and quality, among other things. They can be synced up with smartphone apps.

Jawbone's fitness trackers are called the Up Move, Up2 and Up3, and it also makes Jambox wireless speakers and headsets. Fitbit's product lineup includes a group of "everyday" fitness trackers called Zip, One, Flex, and Charge, the heart rate-tracking Charge HR, its high-end Surge model, and a Wi-Fi-connected scale called Aria that records data like body fat in addition to weight. Jawbone's lawsuit said each of those devices violates at least one of three patents belonging to the company.

Fitbit Inc. filed for an initial public offering in May and recently said it expects the offering to raise about $450 million. It reported $745 million in revenue in 2014.