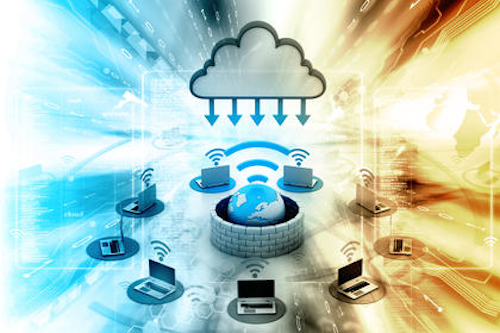 The 2015 Small Business Cloud Barometer, compiled by business software provider Exact and fellow Dutch company Pb7 Research, found that revenue growth increased by 25 percent and profits more than doubled compared to businesses that did not use the Cloud.

The report also said that more than half of U.S. businesses participating in the survey used some form of cloud software and that nearly 30 percent used three or more cloud applications.

Small businesses in the U.S. used cloud software at a higher rate than those in the Netherlands, Belgium, France, Germany and the U.K.

"Cloud is no longer just for large enterprises," Exact U.S. Cloud Solutions general manager Kae Williams said. "It's for any company who wants to be competitive, efficient and provide stellar customer service."

Businesses identified security as the biggest reason for joining the Cloud, although participants also aimed to reduce technology and maintenance costs while easing mobile access to critical information.

After using the Cloud, however, businesses cited its ease of use and improvements in information-sharing and productivity as its top benefits.

The survey, however, also found that only 26 percent of manufacturers always want to maintain the latest in technology.

Less than half of wholesalers, meanwhile, reported knowing the location of every item in their warehouses; 28 percent received real-time updates on supplies and deliveries, while just 17 percent were automatically alerted when stocks are low.

Overall, small manufacturers participating in the survey reported 19 percent revenue growth in 2014 and anticipated a 21 percent increase this year.