The U.S. Department of Labor announced Thursday the number of applications for unemployment aid fell by 43,000 last week. 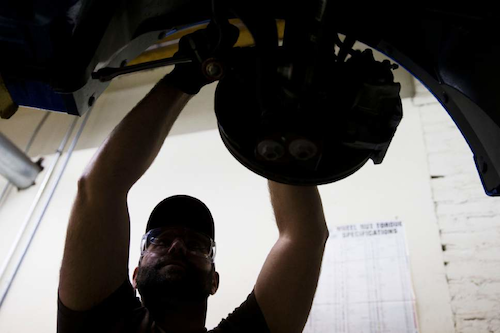 The U.S. Department of Labor announced Thursday the number of applications for unemployment aid fell by 43,000 last week.

On a seasonally-adjusted basis, that would mean 265,000 Americans filing initial claims last week — the lowest amount since April of 2000.

Still, the total beat analysts' expectations and reversed a recent trend of claim increases, which had been attributed to volatility following the end of the holiday season.

Experts said the numbers continue to show a promising labor market. The U.S. finished 2014 with its best hiring numbers since 1999, although wages only grew slightly during the year.

The manufacturing sector, however, continues to experience difficulties in the labor market, with a majority of companies reporting problems finding workers with the skills needed to meet open positions.