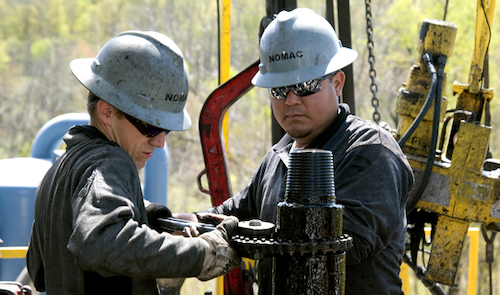 Bloomberg reported that high-paying jobs in the fracking industry likely encouraged more teens to forego graduating high school — and warned that the pattern could cause problems in the future.

The authors also wrote that fracking could distort local students' expectations for earnings at their levels of educational attainment.

Moreover, the study indicated that higher wage levels for male teens in fracking-intensive areas were already on the decline — a pattern that preceded the global collapse in oil prices that triggered massive production cuts and layoffs in the U.S. fracking industry.

The industry's impact on the labor force could further complicate the debate over fracking, which dramatically increased U.S. energy production and improved many rural economies but drew scorn from environmental advocates.