The founder of a popular yogurt company is in prison after admitting he set the production plant ablaze in a fit of anger over investors' handling of the company. 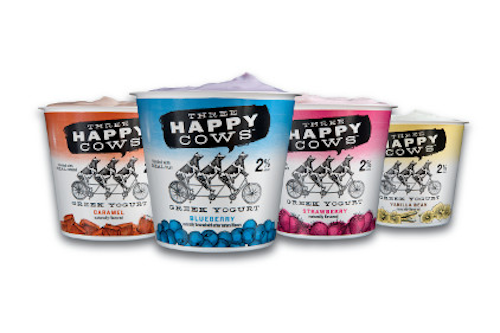 Dallas, Texas — The founder of a popular yogurt company is in prison after admitting he set the production plant ablaze in a fit of anger over investors' handling of the company.

U.S. District Judge Jane Boyle sentenced 56-year-old Edgar Diaz — who formed Three Happy Cows in 2010 — to five years in prison this month on a federal charge of arson and also ordered him to pay $1.5 million in restitution, The Dallas Morning News reported.

Diaz became the company's part-owner on a handshake but was cut out of his own business by outside investors who sold it to Tyson Foods, said his attorney, Laura Harper. Something in Diaz "snapped" after learning his "life's work" was sold by investors, driving him to travel to the yogurt company's production plant in March 2013 and using gasoline to set the facility on fire.

Harper said her client saw the sale to Tyson as "the theft of his business."

The judge noted that Diaz's case wasn't a typical arson case motivated by greed or malevolence, but said he could have put lives at risk. Officials said the plant's fire caused $1.5 million in damage to surrounding businesses.

Boyle, saying that Diaz lived an "exemplary life," gave him the minimum amount of prison time for the arson charge, which carried a maximum sentence of 20 years in prison.

In 2002, Diaz arrived in the United States, after fleeing guerrillas who kidnapped and tortured him the year before in the mountainous jungles of Colombia for refusing to pay them $25,000, the Texas newspaper said.

Diaz and his wife started a dairy business in 1999, and its success had caught the attention of the guerrilla group, the Revolutionary Armed Forces of Colombia, which controlled the countryside around their business. Colombia authorities rescued Diaz from his captors, but said he needed to flee the country. Diaz and his family gained political asylum and eventually settled in Garland, Texas.

Diaz, who previously had no criminal record, initially denied his involvement in the plant's fire to federal agents but later admitted to the crime and pleaded guilty in January 2014.