CVS Health is leaving the U.S. Chamber of Commerce, saying the trade group's position on tobacco products is incompatible with CVS' focus on health. 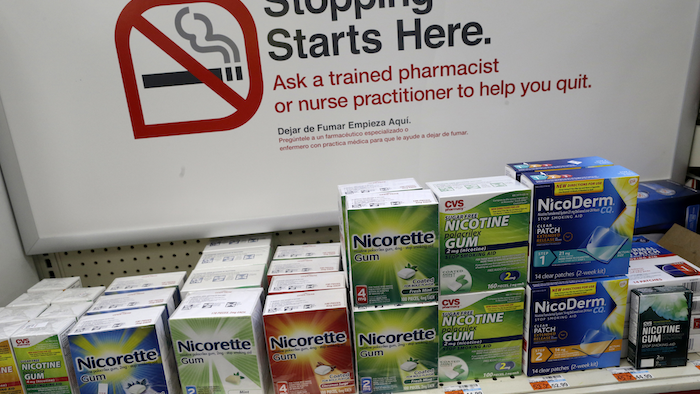 The Chamber of Commerce said its position on tobacco products is being misinterpreted and it's unfortunate that a company is leaving the organization over the issue.

A New York Times article published June 30 said the Chamber of Commerce is fighting anti-smoking laws around the world at the behest of the tobacco industry, which is facing increased regulation aimed at reducing smoking. The next day, the Chamber of Commerce said in a press release that it is not promoting the use of tobacco, but is working to make sure intellectual property rights are protected and international agreements are upheld, and is fighting against discriminatory treatment of unpopular industries.

On Tuesday the Chamber of Commerce said it makes a "principled defense of the rights of companies and the free enterprise system" that applies to all industries, not just tobacco. The organization advocates says its members include about 3 million businesses ranging from small companies to major corporations.

CVS Health Inc. runs the second-largest chain of drugstores in the U.S., with about 7,800 locations, and manages prescription benefits for about 70 million people through its Caremark division. The Woonsocket, Rhode Island-based stopped selling tobacco products at its stores in September because it was concentrating on health care.

Competitors Walgreen Boots Alliance Inc. and Rite Aid Corp. haven't announced any plans to stop selling tobacco products. Walgreen has about 8,200 stores in the U.S. and Rite Aid has about 4,600.