Federal regulators have approved a long-delayed rule requiring companies to reveal the pay gap between CEOs and their employees. 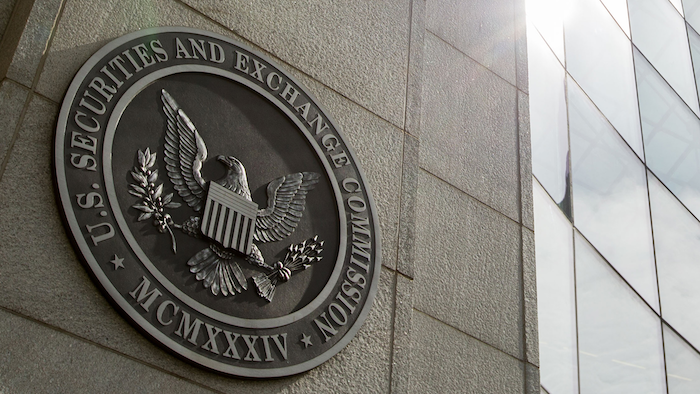 WASHINGTON (AP) — Federal regulators have approved a long-delayed rule requiring companies to reveal the pay gap between CEOs and their employees.

The Securities and Exchange Commission voted Wednesday to order most public companies to disclose the ratio between their chief executives' annual compensation and median, or midpoint, employee pay.

The 3-2 vote, with the two Republican commissioners dissenting, culminated years of heated public debate over one of the most controversial rules the agency has put forward in recent years. The SEC received more than 280,000 comments on the issue since it floated the proposal two years ago, and lobbying by business interests against the requirement was intense.

The SEC acted under a mandate from the 2010 law that reshaped regulation after the financial crisis. Outsize pay packages — often tied to the company's stock price —were blamed for encouraging disastrous risk-taking and short-term gain at the expense of long-term performance.

A chief executive made about 205 times the average worker's wage last year, compared with 257 times in 2013, according to calculations by The Associated Press using earnings statistics from the Labor Department.

Companies will be required to report the ratio in their annual financial reports for their first fiscal year starting on or after Jan. 1, 2017.

Taking into account objections by business groups, the SEC built some flexibility and exceptions into the ratio requirement.

For example, companies can use estimates or sampling to determine the median employee pay.

Smaller public companies — those with less than $75 million in total shares held externally or less than $50 million in annual revenue — are exempt from the disclosure. So are emerging growth companies and investment companies. Companies can exclude from the median pay calculations up to 5 percent of their employees outside the U.S.

"These are good and reasonable changes that should reduce costs for many companies" while still meeting the financial overhaul law's mandate, SEC Chair Mary Jo White said before the vote.

Business groups have argued that the pay information will be costly and time-consuming for companies. The U.S. Chamber of Commerce maintains it will cost U.S. companies more than $700 million a year, compared with the SEC's estimate of about $73 million.

Daniel Gallagher, one of the two Republicans voting against the action, called it "a nakedly political rule" serving no purpose other than "naming and shaming" CEOs. He suggested the rule may violate the Constitution.

Reaction from the business community and conservative Republican lawmakers was swift and sharply negative.

"At best, pay ratio is a misleading, politically inspired, and costly disclosure that fails to provide investors with useful, comparable data," the Chamber of Commerce said in a statement.

For example, it said, a domestic company might have a narrower pay ratio than a multinational company because of legal, currency or cost-of-living differences. That would be "like trying to compare baseball to basketball stats," the group said.

On the other side, Sarah Anderson, analyst at the left-leaning Institute for Policy Studies, praised the SEC's decision.

"We finally have an official yardstick for measuring CEO greed," she said. "This is a huge victory for ordinary Americans who are fed up with a CEO pay system that rewards the guy in the corner office hundreds of times more than others who add value to their companies."