British aviation investigators say a 2013 fire on a Boeing 787 Dreamliner started in a battery for the plane's emergency locator transmitter, triggering recommendations to improve safety on similar aircraft. 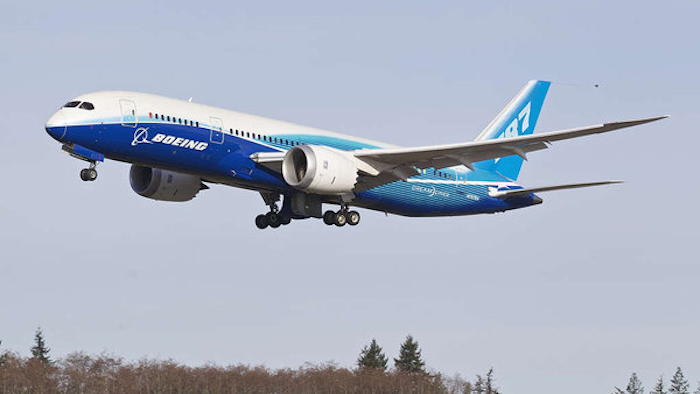 LONDON (AP) — British aviation investigators say a 2013 fire on a Boeing 787 Dreamliner started in a battery for the plane's emergency locator transmitter, triggering recommendations to improve safety on similar aircraft.

The Air Accidents Investigations Branch says in a report released Wednesday that crossed and trapped wires under the battery compartment created a short circuit on the Ethiopian Airlines-operated plane parked at London's Heathrow Airport on July 12, 2013. The fire then spread to the fuselage, which is made of composite material.

Among the recommendations, the branch said the U.S. Federal Aviation Administration, together with similar bodies in Europe and Canada, should conduct a review of equipment powered by lithium metal batteries to ensure they have "an acceptable level of circuit protection."