Chrysler is recalling nearly 257,000 older Ram pickup trucks because the rear axle can seize or the drive shaft can fall off. 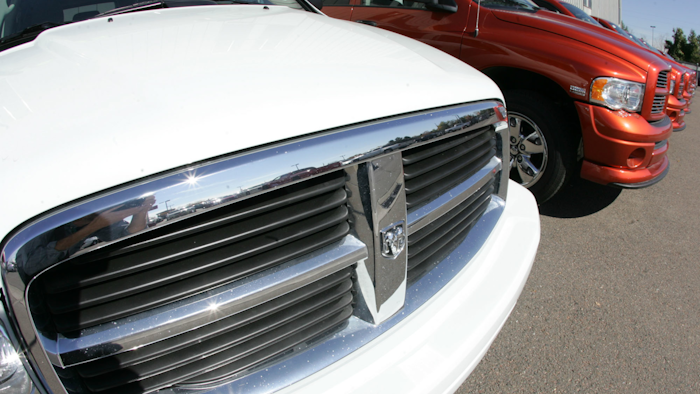 DETROIT (AP) — Chrysler is recalling nearly 257,000 older Ram pickup trucks because the rear axle can seize or the drive shaft can fall off.

Chrysler says in documents posted Friday by U.S. safety regulators that the rear-axle pinion nut can come loose. That can cause problems that make the trucks spin out of control.

The recall comes after an investigation by the National Highway Traffic Safety Administration that began in June.

The agency found 15 complaints, including seven drivers who reported that the wheels locked at speeds over 50 miles per hour. At the time, no crashes or injuries were reported.

Dealers will install a fix at no cost to owners. The recall will begin in February.

In one complaint to NHTSA in February 2013, a pickup driver wrote that he was on an interstate highway when the drive shaft disconnected and the truck began to spin.

"It was five seconds of terror that I thought would surely end in disaster," the driver wrote. When the truck stopped it was blocking an entrance ramp, and the driver had to drag it to the shoulder in speeding traffic, the complaint said. Drivers who file complaints are not identified in NHTSA's database.