After resisting for nearly a month, Chrysler has bowed to government demands and will expand a recall of driver's side air bag inflators across the nation. 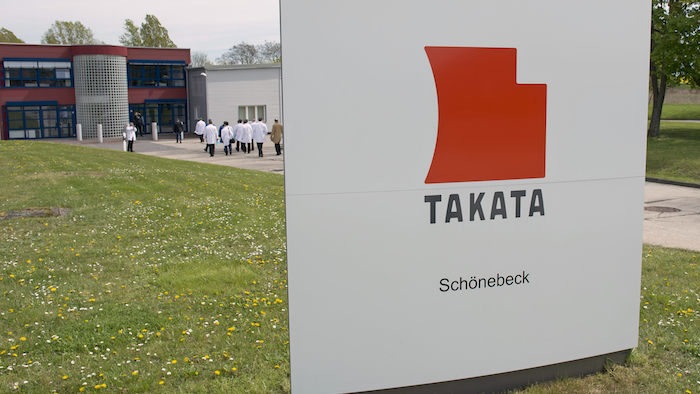 DETROIT (AP) — After resisting for nearly a month, Chrysler has bowed to government demands and will expand a recall of driver's side air bag inflators across the nation.

The automaker said Friday that it will recall nearly 2.9 million older cars and trucks in the U.S., as demanded by the National Highway Traffic Safety Administration.

The vehicles have driver's air bags equipped with inflators made by Japan's Takata Corp. that can explode with too much force and spew shrapnel at drivers and passengers. At least five deaths have been blamed on Takata inflators.

The recalls previously were limited to areas with high humidity. For instance, Chrysler's recall covered just Hawaii, Florida, Puerto Rico and the Virgin Islands. With the move, Fiat Chrysler Automobiles joins Honda, Mazda and Ford in expanding the recall nationally, which could ease the minds of many car owners whose vehicles previously weren't eligible for repairs.

How soon those owners will get replacement parts remains in question, however. Like other automakers, Chrysler said it will first send replacement parts to areas with high humidity that are at greater risk. The automaker said customers will be notified when the parts are available to schedule repairs at a dealership.

Takata itself has refused the agency's request for a nationwide recall of driver's side inflators, about 8 million in total. But it will still make replacement parts for the automakers that are expanding their recalls. Still undecided is whether Takata or the automakers will pay the extra costs involved.

Takata says it has tested more than 1,000 driver and passenger air bag inflators from outside the high-humidity area without a single failure.

In a statement, Chrysler also said it would add Canada, Mexico and some areas outside North America to the driver's air bag recall, bringing the total to 3.3 million vehicles.

The recall includes Chrysler's most popular model, the Ram pickup, from the 2004 through 2007 model years. Also covered are Dodge Durango and Chrysler Aspen SUVs, Chrysler 300 and Dodge Charger sedans, Dodge Magnum wagons, and the Dodge Dakota and Mitsubishi ranger pickups — all from 2004 through 2007.

Chrysler said in its statement that neither it nor Takata has identified a safety defect in the inflators outside the high humidity zone. "These components also are distinct from Takata inflators cited in fatalities involving other automakers," Chrysler's statement said.

One Chrysler vehicle had a malfunctioning inflator in south Florida that injured one person, the company said.

The safety agency says there's no data to support a nationwide recall of passenger air bags, which so far has been held to the high-humidity states. In total, 10 automakers have models with Takata driver and passenger air bags. There could be as many as 30 million with the air bags nationwide.

So far, automakers have recalled about 15 million vehicles in the U.S. and about 22 million globally for similar problems.