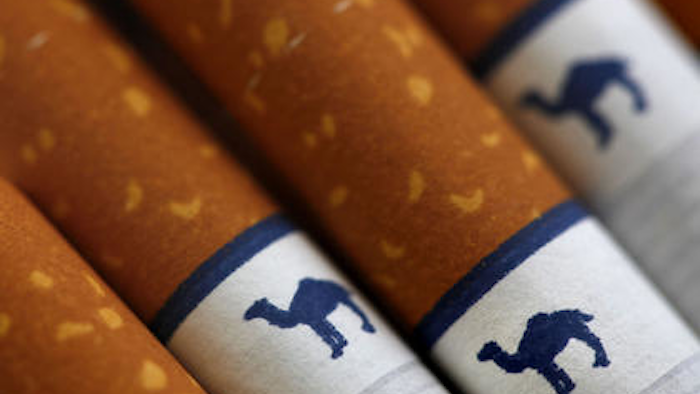 Reynolds CEO Susan Cameron also has been vocal about the company's interest in transforming the tobacco industry with new products that can reduce the health impact of tobacco use. Reynolds will also be working with Pinney Associates on policies that aim to reduce the harmful effects of tobacco.

Smoking is the leading cause of preventable illness and death in the U.S. and is responsible for the majority of the nation's lung cancer deaths. It's also a factor in heart attacks and a variety of illnesses. More than 42 million U.S. adults smoke cigarettes and about half try to quit every year, according to the Centers for Disease Control and Prevention.

As part of the agreement, Reynolds American's Niconovum USA unit will partner with a Pinney affiliate to develop a new kind of nicotine gum and other nicotine-replacement products like electronic cigarettes. The Winston-Salem, North Carolina, company bought Niconovum, which makes nicotine gum, pouches and spray products, in 2009.

The maker of Camel and Pall Mall cigarettes is currently expanding its Zonnic brand nicotine gum nationwide, challenging the pharmaceutical industry's hold and pricing power of the market for products to help people stop smoking.

Pinney Associates has done extensive work for GlaxoSmithKline, the leading seller of nicotine gums, patches and other products that help people stop smoking. Its former employees include Mitch Zeller, who currently heads the Food and Drug Administration's tobacco regulatory efforts.

"While what we've been doing in tobacco control is working, it's just not working fast enough," John Pinney, CEO of Pinney Associates, said in an interview with The Associated Press. "We've got a lot of people who I believe probably need nicotine for the rest of their lives and the goal here would be — if that's the case— let's get them a product that's not going to kill them."

Reynolds is deepening it is position in the market as the Food and Drug Administration has said that it's safe to use nicotine replacement products for longer than previously thought. In recent years, a number of stakeholders in public health have noted that smokers that are trying to quit would relapse if they stopped using the nicotine-replacement products after a suggested time period, and they'd abandon their attempt to quit if they had a cigarette while using them, the agency said.