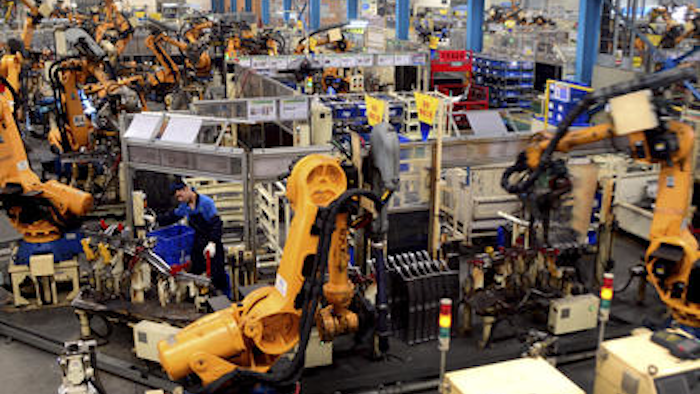 BEIJING (AP) — China's manufacturing recorded no growth in July, in a sign of weakness in the world's second-largest economy, according to data released by an industry group on Saturday.

The Chinese Federation for Logistics and Purchasing reported that the country's purchasing managers' index dipped to 50 from June's 50.2 on a 100-point scale, on which numbers above 50 show activity expanding.

The preliminary Caixin Manufacturing PMI was 48.2, down by 1.2 from June, although the official index won't be released until Monday. Caixin, a Chinese media group, provides financial news services.

Analyst Zhang Liqun said in the statement by the industry group that both overseas and domestic market demands were unstable and that factories lacked confidence as they reduced the stock of raw materials and were buying less.