The 19-country eurozone economy was resilient in the face of the recent crisis in Greece, which saw the country on the brink of a euro exit, a closely watched survey showed Friday. 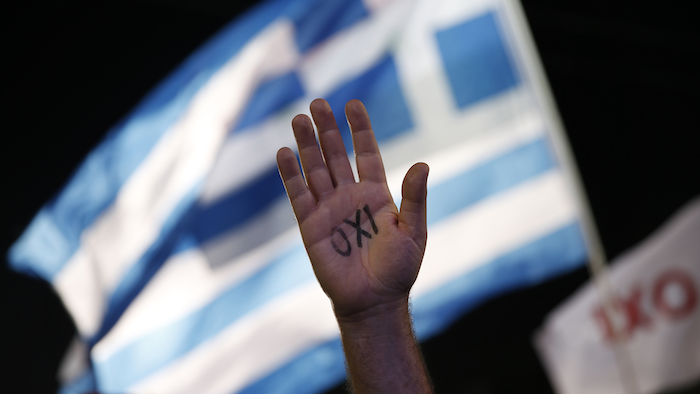 LONDON (AP) — The 19-country eurozone economy was resilient in the face of the recent crisis in Greece, which saw the country on the brink of a euro exit, a closely watched survey showed Friday.

Financial information company Markit said its purchasing managers' index for the eurozone — a broad index of business activity — rose to 54.1 points in August from 53.9 the previous month.

Anything above 50 means the economy is expanding. Markit estimates the economy to be growing at a quarterly rate of 0.4 percent, slightly ahead of the 0.3 percent recorded in the second quarter.

The increase was largely due to a pick-up in Germany, Europe's biggest economy, and in some of the countries that have been at the forefront of the region's debt crisis over the past few years. France, though, was a laggard once again.

Rob Dobson, senior economist at Markit, said the survey suggests that the eurozone is still experiencing "one of its best periods of economic growth and job creation" over the past four years, "highlighting the resilience of the economy through last month's rollercoaster events of the Greek debt crisis and the ongoing negotiations to tie up the full details surrounding the third bailout."

In July, Greece's future in the euro currency was under threat until Greek Prime Minister Alexis Tsipras backed a third international bailout for the country. The final touches to the 86 billion-euro ($93 billion) rescue deal were completed this week and the first funds arrived in Athens.

Now that the bailout has been completed, Tsipras has resigned ahead of likely elections next month, which he hopes will see him secure a mandate to push the reforms demanded by creditors.