Minnesota enacted the nation's first law Wednesday requiring smartphones and tablets sold in the state to have a remote shut-off feature as a way to deter theft. 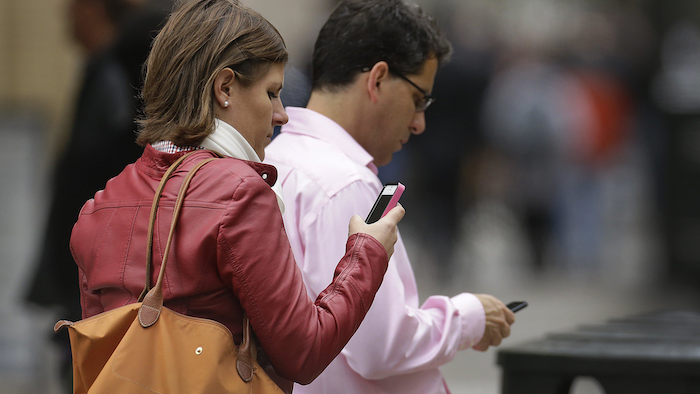 ST. PAUL, Minn. (AP) -- Minnesota enacted the nation's first law Wednesday requiring smartphones and tablets sold in the state to have a remote shut-off feature as a way to deter theft.

The "kill switch" bill was signed by Gov. Mark Dayton after lawmakers passed it last week. The measure takes full effect in July 2015, but advocates are hoping the wireless industry will make technology updates sooner.

Democratic Rep. Joe Atkins describes the law as "a vaccine" for the epidemic of smartphone theft and robberies tied to mobile devices. People who report a kill switch-equipped phone lost or stolen can disable it and wipe the data slate clean by contacting their carrier.

Both Dayton and Atkins say it's the first such law in the nation, and the industry group CTIA-The Wireless Association confirmed it. Similar bills are on the march in California, New York and Illinois. Federal legislation also is pending.

At the University of Minnesota, a spate of violent robberies last fall spurred school officials to urge lawmakers to act fast. University Police Chief Greg Hestness said he hopes the law will add a sense of security on campus.

"The loss of property is very regrettable," he said, "but it really is about the safety of our students."

Federal statistics suggest as many in one in three robberies around the country involve a phone theft.

The Cellular Telecommunications Industry Association recently announced its members would strive to make the deactivation technology standard on phones manufactured after the middle of next year. Backers of legislative requirements want downloadable applications to be made available for existing devices, too.

The Minnesota bill also has a low-tech element that bars retailers from paying cash for used devices and requires them to keep records on those transactions. Merchants dealing in secondhand phones would have to document device information, require sellers to present identification and demand people attest that the phone they are turning in isn't stolen. In place of cash, sellers would receive a mailed check, electronic transfer or store credit.

"That was the incentive for a lot of these criminals to take that phone or iPad and drop it in a kiosk or these stores," she said.

Sony Quarterly Losses Sink To $1.3B