Weeks before an underground accident killed two workers, employees at a problem-plagued West Virginia mine were notified that they may lose their jobs because the coal was selling for less than the cost of digging it out. 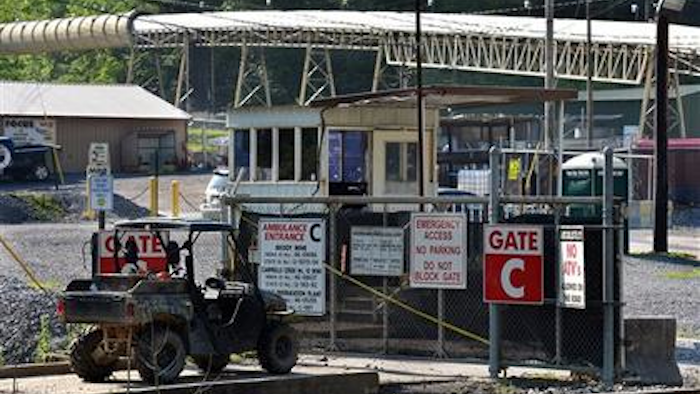 CHARLESTON, W.Va. (AP) -- Weeks before an underground accident killed two workers, employees at a problem-plagued West Virginia mine were notified that they may lose their jobs because the coal was selling for less than the cost of digging it out.

Saint Louis-based Patriot Coal told all 450 workers at its Wells mining complex on April 23 that a large-scale layoff or closure of the mine was possible. Mine operators are required to give 60 days' notice before such actions under the federal Worker Adjustment and Retraining Notification Act, also known as WARN.

Miners Eric Legg and Gary Hensley died on Monday at Brody Mine No. 1, one of the mines within the Wells complex near Wharton. Legg and Hensley were performing a risky method known as retreat mining, where the roof is intentionally collapsed to retrieve more coal. Retreat mining is considered standard practice in mines where coal reserves are running out.

A friend and former boss of Legg's, Barry Brown, has said that Legg was preparing to start a new job in another mine sometime later this week.

Boone County administrator James Gore, who knows many of the miners at the site, said the county commission received the WARN notice a few weeks ago. That meant by the start of summer, Legg, Hensley and many co-workers could have been out of the Brody mine for good.

When the company issued the WARN Act notices, it said the cost of production exceeded the sales of price of coal.

"These actions are an unfortunate but necessary step to align Patriot's production with expected sales," Patriot Chief Executive Officer Bennett Hatfield said in a statement about the potential layoffs. "Both metallurgical and thermal coal markets continue to be challenging, with pricing at levels well below production costs at many Central Appalachian mines. Despite the savings we achieved in our reorganization, the production costs of these mines exceed today's depressed prices, necessitating these actions."

The company noted that in 2012 it reduced production at its Wells complex due to weakened demand for the coal, which is sold in the metallurgical market.

In the company's 2013 annual report, it also noted that it couldn't estimate the costs associated with contesting a designation by federal officials that the Brody No. 1 mine was a pattern violator for having so many safety problems — a rare label reserved for the industry's worst offenders. The mine was cited for 253 serious violations.

The report also noted it couldn't estimate the costs associated with complying with pattern violator inspections and the risk of partial or complete closure of the Brody mine.

The company emerged from bankruptcy in December after having its reorganization plan approved by a federal court.

Joe Main, the director of the federal Mine Safety and Health Administration, said that while his agency doesn't have the authority to shut down a problem mine, it can seek a court injunction that would do so.

He said MSHA has sought such an injunction only once, in 2010, against Massey Energy Co., to close a coal plant in Pike County, Kentucky — several months after an explosion killed 29 miners at Massey's Upper Big Branch mine in West Virginia. The government's lawsuit was settled when Massey subsequently decided to close the mine permanently.

Asked if the agency would seek an injunction against Patriot to close Brody Mine No. 1, Main told The Associated Press that "anything is possible."