GM To Offer Car That Mostly Drives Itself

General Motors says that in two years it will offer cars that talk to each other and can almost drive themselves at freeway speeds. 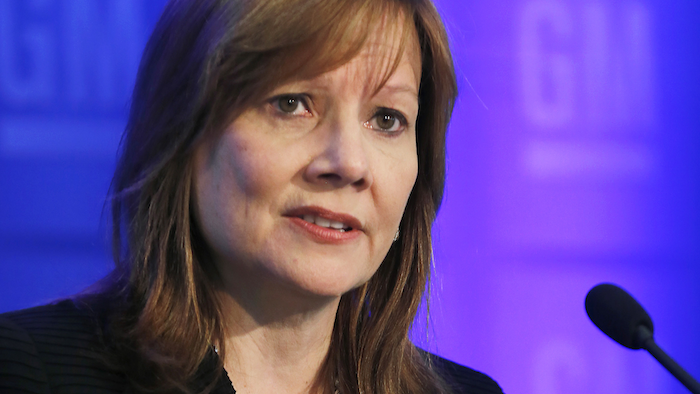 DETROIT (AP) — General Motors says that in two years it will offer cars that talk to each other and can almost drive themselves at freeway speeds.

The company announced Sunday that the semi-autonomous freeway system called "Super Cruise" will be an option on a new Cadillac that goes on sale in the summer of 2016. The company also plans to put vehicle-to-vehicle transmitters and receivers on all Cadillac CTS models during the same time frame.

The announcements were made at the start of an intelligent vehicle conference in Detroit.

GM CEO Mary Barra says the system would allow you to drive long distances with the car doing much of the work. But GM says it's working on a system to make sure that drivers still pay attention.