The California Department of Motor Vehicles has issued testing permits that allowed three companies to dispatch 29 vehicles onto freeways and into neighborhoods — with a human behind the wheel in case the onboard computers make a bad decision. 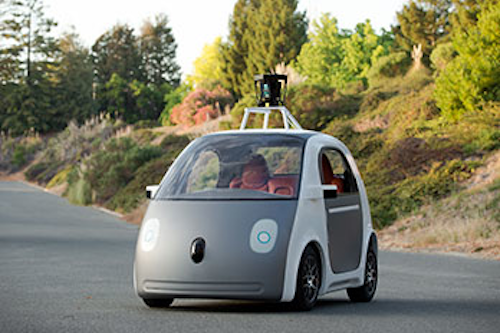 LOS ANGELES (AP) — Computer-driven cars have been testing their skills on California roads for more than four years — but until now, the Department of Motor Vehicles wasn't sure just how many were rolling around.

That changed Tuesday, when the agency issued testing permits that allowed three companies to dispatch 29 vehicles onto freeways and into neighborhoods — with a human behind the wheel in case the onboard computers make a bad decision.

These may be the cars of the future, but for now they represent a tiny fraction of California's approximately 32 million registered vehicles.

Google's souped-up Lexus SUVs are the biggest fleet, with 25 vehicles. Mercedes and Volkswagen have two vehicles each, said Bernard Soriano, the DMV official overseeing the state's "autonomous vehicle" regulation-writing process. A "handful" of other companies are applying for permits, he said.

The permits formally regulate testing that already was underway. Google alone is closing in on 1 million miles. The technology giant has bet heavily on the vehicles, which navigate using sophisticated sensors and detailed maps.

Finally, government rules are catching up.

In 2012, the California Legislature directed the DMV to regulate the emerging technology. Rules that the agency first proposed in January went into effect Tuesday. Among them:

— Test drivers must have a sparkling driving record, complete a training regimen and enroll in a program that informs their employer if they get in an accident or are busted for driving under the influence off hours.

— Companies must carry $5 million of insurance for each vehicle and report to the state how many times their vehicles unexpectedly disengage from self-driving mode, whether due to a failure of the technology or because the human driver takes over in an emergency.

California passed its law after Nevada and Florida and before Michigan. The federal government has not acted, and national regulations appear to be years away.

Toyota, Chrysler, Ford and General Motors are "all running around here with some form of autonomous vehicle," said James Fackler, assistant administrator for the Michigan Department of State, which registers motor vehicles. Carmakers do not need a permit — manufacturer's license plates are enough, and those plates can also be used on future models or other kinds of experimental cars.

Nevada has issued several test vehicle licenses to Google, VW and the auto supplier Continental, according to its Department of Motor Vehicles.

In Florida, only Audi has tested self-driving technology and it is not ongoing, according to a spokesman for the state's motor vehicles department.

With California's testing rules in effect, the DMV is drafting regulations that will govern self-driving cars once they are ready for the general public.

Those rules, which the DMV must finish by year's end, will untie knotty issues such as whether a person needs to be in the vehicle at all.

Court Rules In Favor Of Direct Sales For Tesla Motors