The commercial rocket launches that could begin as early as 2016 in the southernmost tip of Texas will be a critical step toward one day establishing a human presence on Mars, SpaceX founder and CEO Elon Musk said Monday. 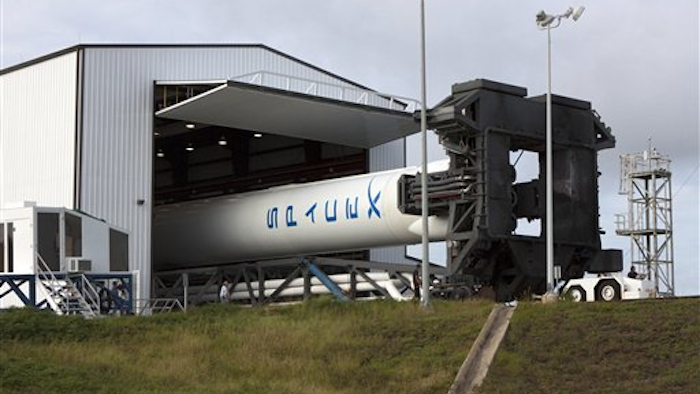 BROWNSVILLE, Texas (AP) — The commercial rocket launches that could begin as early as 2016 in the southernmost tip of Texas will be a critical step toward one day establishing a human presence on Mars, SpaceX founder and CEO Elon Musk said Monday.

With waves from the Gulf of Mexico crashing just over the dunes and crabs skittering around a tent erected for the groundbreaking, Musk said he expects SpaceX to invest $100 million in the world's first commercial orbital spaceport during the next three to four years.

The commercial satellite launch revenue Musk anticipates generating at the Boca Chica Beach site east of Brownsville will fuel California-based SpaceX's real objective. "The long-term goal is to create technology necessary to take humanity beyond Earth," Musk said. "To take humanity to Mars and establish a base on Mars. So it could very well be that the first person that departs for another planet will depart from this location."

Beginning as early as the third quarter of 2016, Musk said he expects the spaceport to handle at least 12 rocket launches per year. SpaceX will continue using government launch sites in Florida and California, but Musk said its manifest would outpace the available launch windows at those existing sites.

"The future of South Texas takes off right behind me," Perry said.

The U.S. Department of Commerce announced Monday that it had awarded $1.2 million to the University of Texas at Brownsville for a high-tech business incubation facility that could foster a cluster of space industry businesses.

SpaceX is expected to create 300 jobs at the site, and Musk said he expected other companies to settle there.

SpaceX already provides resupply missions for the International Space Station with its unmanned Dragon capsule, most recently on Sunday. Last week, SpaceX and Boeing won contracts to carry U.S. astronauts to the space station beginning in 2016 or 2017. Musk said he expects those NASA missions to continue to launch from Florida. NASA has not launched its own crews since the end of the shuttle program in 2011.

Musk said he would like to fly to Mars one day but that his goals are not about tourism. He said the question is whether humans become a less vulnerable multi-planet species.

"I think the important thing is to develop the technology that will enable ultimately anyone to move to Mars if they really want to," he said.