Apple's response to a high-profile gaffe involving its iPhone software may be more important than the glitch itself. 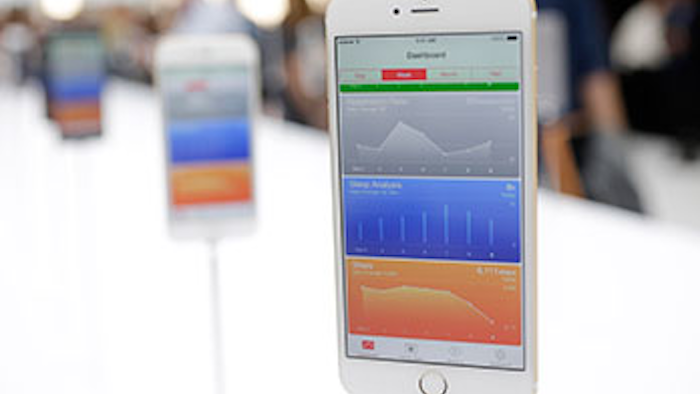 SAN FRANCISCO (AP) — Apple's response to a high-profile gaffe involving its iPhone software may be more important than the glitch itself.

As the giant tech company scrambled to fix a software glitch that left some of its new iPhones unable to make calls, some analysts said Thursday that Apple is doing the right thing by quickly acknowledging and apologizing for the problem — which it was slower to do with earlier iPhone problems.

Apple released a new update late Thursday that the company said would repair the problems caused by software it released Wednesday morning. And it repeated an earlier apology to owners of its newest iPhones who were affected by that buggy release.

"There's a certain perception that Apple has to get things right, and when they don't, the whole company gets questioned," said Carolina Milanesi, chief of research at Kantar Worldpanel. "But they came out and said 'We apologize; we're working 24/7 to fix it.' I think that's what matters."

Apple's stock fell nearly 4 percent Thursday, leading a broader decline in technology shares, a day after the company was forced to withdraw an update to its new iOS 8 mobile software because of glitches that primarily affected customers who had purchased its new iPhone 6 and 6 Plus models. The 6 Plus phone has also been the subject of social media reports that its extra-large shell is vulnerable to bending.

In a statement Thursday, Apple defended its manufacturing standards and said bending "is extremely rare" with normal use of an iPhone. The company said just nine customers had contacted Apple to report a bent iPhone 6 Plus since they went on sale Friday.

Later in the day, Apple released a new update, dubbed iOS 8.0.2, which it said would fix the problems caused by the iOS 8.0.1 update that it released on Wednesday. "We apologize for inconveniencing the iPhone 6 and iPhone 6 Plus users who were impacted by the bug in iOS 8.0.1," the company said in a statement.

A day earlier, the company had also apologized "for the great inconvenience experienced by users" and vowed to work "around the clock" to fix the problem.

Cupertino-based Apple has said it sold a record 10 million of the new iPhone models over the weekend, in what the company has called one of the biggest product launches in its history. It also reported this week that nearly half of all iPhone and iPad users had upgraded to the new software known as iOS 8.

That new software contains a number of new features and is more complex than earlier versions of iOS, analysts said. Apple released the 8.0.1 update on Wednesday to fix some flaws that were detected after iOS 8 was released — only to find the 8.0.1 update created problems of its own. The new problems included interference with calling and with a feature that lets people unlock their phones with their fingerprint.

That's not uncommon, according to veteran tech analyst Ross Rubin of Reticle Research. "All major companies have released fixes that they've had to pull because of unforeseen side-effects," he added.

As for the bending issue, Rubin said the iPhone 6 Plus is "a large, thin device. That's not to say customers should treat it gingerly, but it's still an electronic product and it's an investment, and it should be treated as such."

Apple is held to a higher standard by many consumers, analysts said. But Milanesi said she thought the company suffered more harm a few years ago, when it was slow to acknowledge complaints about poor reception and dropped calls that affected new iPhone 4 models when they were released in 2010. The company eventually offered a fix for the problem, after then-CEO Steve Jobs initially suggested users just needed to hold the phone differently.

"There wasn't any of that this time," Milanesi said. She noted that Jobs' successor, CEO Tim Cook, had also taken responsibility and apologized for initial problems with Apple's Maps software when it was first released.

"Earnings is what drives the stock the most," said Walter Piecyk of BTIG Research. "It's too early to say what the impact's going to be, but it does not appear to be something that would impact the company's ability to deliver on earnings" in the next two quarters.

Apple said users affected by the software glitch can connect their phone to a Mac or Windows computer and download a file to restore an earlier version of the iOS 8 software.

GM Recall Victims Must Decide To Settle Or Fight In Court