The "FairSearch" initiative of 17 companies — which includes Microsoft, Nokia, and Oracle — claims Google is acting unfairly by giving away its Android operating system to mobile device companies on the condition that the U.S. online giant's own software applications like YouTube and Google Maps are installed and prominently displayed. 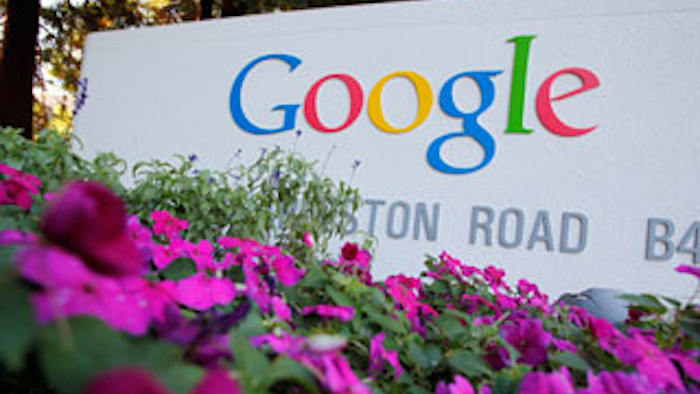 BRUSSELS (AP) — A group of companies led by Microsoft have called on European authorities to launch an antitrust investigation into Google's dominance of mobile Internet usage on smartphones.

The "FairSearch" initiative of 17 companies — which includes Microsoft, Nokia, and Oracle — claims Google is acting unfairly by giving away its Android operating system to mobile device companies on the condition that the U.S. online giant's own software applications like YouTube and Google Maps are installed and prominently displayed.

Android operating systems are installed on about 70 percent of new smartphones, according to analyst estimates, handing Google the largest market share worldwide, followed by Apple's iOS platform. Systems from BlackBerry, Microsoft and others trail far behind.

"Google's predatory distribution of Android at below-cost makes it difficult for other providers of operating systems to recoup investments in competing with Google's dominant mobile platform," FairSearch said in a statement.

The European Commission, the 27-nation bloc's executive arm and antitrust authority, must at some point decide whether to take up the case or drop it. A spokesman confirmed the complaint had been received.

Google Inc., based in Mountain View, Calif., did not address the complaint's charges in detail. "We continue to work cooperatively with the European Commission," said Google spokesman, Al Verney.

The U.S. company is already under investigation by Brussels for practices related to its dominance of online search and advertising markets.

That complaint, launched in 2010, alleges Google unfairly favors its own services in its Internet search results, which enjoy a near-monopoly in Europe. Google has proposed a list of remedies to address the Commission's concerns to achieve a settlement. The Commission is currently examining the proposed changes.

"We have received some proposals by Google and we will soon launch a market test" of the proposed remedies, said Antoine Colombani, a spokesman for EU Competition Comissioner Joaquin Almunia. He declined to speculate on when the investigation would be concluded.

The EU Commission has often taken a harder line with U.S. tech companies than its American counterpart, the Federal Trade Commission.

Google settled a similar antitrust complaint on its search business with the FTC in January without making any major concessions on how it runs its search engine, the world's most influential gateway to digital information and commerce.

Microsoft Corp., which has been a leading player in the complaints against Google, has had its own protracted run-ins with the EU Commission. It has paid 2.2 billion euros in various fines since a first investigation was launched in 1998.

Last year, the company merged 60 separate privacy policies from around the world into one universal procedure. The European authorities complain that the new policy doesn't allow users to figure out which information is kept, how it is combined by Google services or how long the company retains it.

The policy allows Google to combine data collected from one person as they use Google's services, from Gmail to YouTube, giving it a powerful tool for targeting users with advertising based on their interests and search history. Advertising is the main way the company makes its money.