The decision ends an unusually public struggle between Chrysler and NHTSA. The agency asked Chrysler to recall 2.7 million Jeeps last June, contending that their gas tanks were at risk of rupturing and catching fire in rear-end crashes. 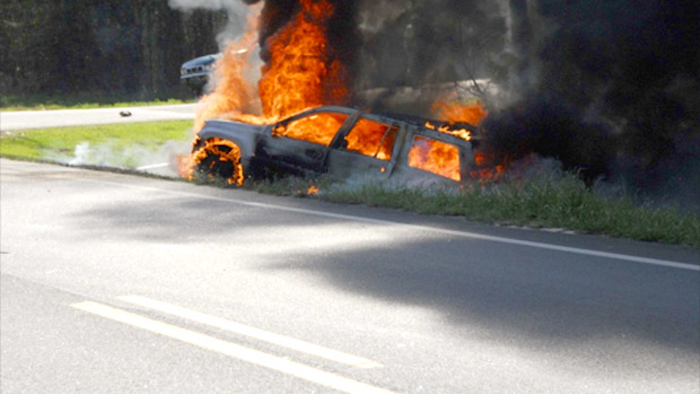 DETROIT (AP) -- The government is closing its investigation into older-model Jeeps with fuel tanks that could rupture and cause fires.

The National Highway Traffic Safety Administration said Friday it has "no reservations" with Chrysler Group's plans to recall the vehicles. The agency is expected to release a report on its investigation in a few weeks.

The decision ends an unusually public struggle between Chrysler and NHTSA. The agency asked Chrysler to recall 2.7 million Jeeps last June, contending that their gas tanks — which are positioned behind the rear axle — were at risk of rupturing and catching fire in rear-end crashes. Involved were Grand Cherokee SUVs from the 1993 to 2004 model years and Liberty SUVs from 2002 to 2007.

Chrysler initially refused to recall the vehicles. The company said the rate of fuel leaks and fires after crashes was similar to comparable vehicles that were sold during the time in question. It was the first time in two years that an automaker had refused NHTSA's request for a recall.

Chrysler later agreed to recall 1.56 million of the Jeeps and install trailer hitches on them to help protect the gas tanks. The company sent notices to the remaining customers saying their vehicles were fine if they have factory-installed or Chrysler-made trailer hitches.

NHTSA said late Friday that it has been in close contact with Chrysler and will monitor the recall as it continues. Chrysler has told customers that it will start installing the hitches soon.

"Consumers should have their vehicles serviced promptly once they receive final notification from Chrysler," NHTSA said in a statement.

In its own statement Friday, Chrysler said, "We share NHTSA's commitment to safety."

NHTSA's outgoing chief, David Strickland, told The Associated Press in an interview last month that Chrysler had convinced NHTSA that the Jeeps were no more dangerous than similar vehicles sold at that time.

"Those vehicles performed at a rate similar to their peers. That is the keystone analysis as to whether something poses an unreasonable risk to safety," Strickland said.

Friday was Strickland's last day at NHTSA. He is joining Venable, a law firm.

NHTSA began investigating the Jeeps at the request of the Center for Auto Safety, a Washington-based advocacy group.