Hostess Brands Inc. won approval Tuesday to sell off the last of its major cake and bread brands, bringing the total proceeds from its liquidation to about $860 million. A U.S. Bankruptcy Court judge in New York approved the two deals, said Hostess spokeswoman Anita-Marie Laurie. 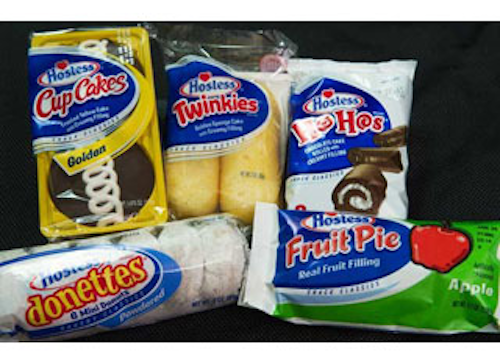 Hostess Brands Inc. won approval Tuesday to sell off the last of its major cake and bread brands, bringing the total proceeds from its liquidation to about $860 million.

The two buyers had been lead bidders for their purchases.

Irving, Texas-based Hostess filed for bankruptcy protection in January 2012 after years of turmoil. It announced in November that it was going out of business and selling its brands after a strike by its U.S. bakers union crippled operations.

Flower Foods Inc. earlier bought five Hostess bread brands, including Wonder and Nature's Pride, for $360 million. The popular cake brands such as Twinkies, Ding Dongs, Ho Hos and others were sold to a pair of investment firms for $410 million in a deal that was approved last month. And Mexican bakery business Grupo Bimbo bought the company's Beefsteak bread business for $31.9 million.

Hostess' shutdown prompted some food lovers to hoard their favorite treats and others to mourn the end of well-known brands. The investment firms that bought the Twinkies brand hope to have the cakes back on shelves by this summer. A representative for McKee Foods could not be reached Tuesday to comment on the sale or the future of Devil Dogs and other treats.

All of Hostess' major brands have now been sold. The company still has some minor brands as well as buildings and equipment that it's trying to sell.

Ford: Focus Is Best-Selling Car In The World