Authorities: Crime Not Ruled Out In Texas Blast

Investigators working in the remnants of an exploded Texas fertilizer plant sifted by hand through untold kernels of corn, moved tons of debris and conducted more than 400 interviews, while searching for the missing piece to solve what many officials compared to an extraordinary puzzle. 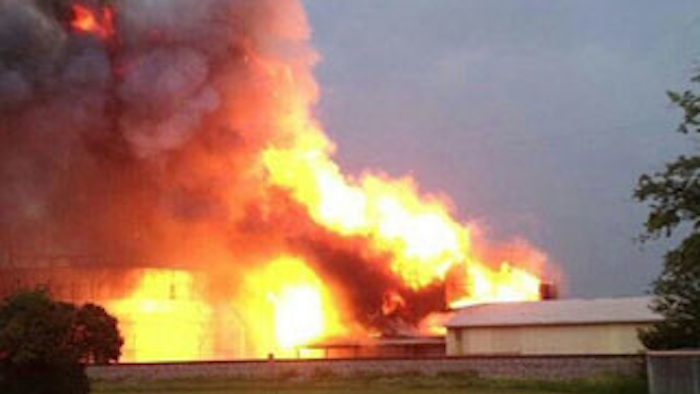 WEST, Texas (AP) -- Investigators working in the remnants of an exploded Texas fertilizer plant sifted by hand through untold kernels of corn, moved tons of debris and conducted more than 400 interviews, while searching for the missing piece to solve what many officials compared to an extraordinary puzzle.

One month after a fire triggered a massive blast killing 15 people, officials on Thursday had to declare the cause of the blaze as "undetermined."

Investigators narrowed the number of possible causes to three: a problem with one of the plant's electrical systems, a battery-powered golf cart, and a criminal act. They ruled out a wide number of others, from a rail car on site loaded with fertilizer to someone smoking.

But they could not say with certainty what caused a fire on April 17 inside the seed and fertilizer building at West Fertilizer Co., in West, a tiny Texas town previously known for its Czech bakeries and heritage. Kelly Kistner, the Texas assistant state fire marshal, said the fire caused stored ammonium nitrate to change states, while also causing debris in the wooden building to begin to fall.

The blast was actually two explosions: a small one that occurred about 20 minutes after the fire was reported, followed by a larger one a split second later, Kistner said. About 28 to 34 tons of ammonium nitrate stored in the plant exploded. Another 20 to 30 tons stored on site, along with a rail car carrying 100 tons of ammonium nitrate, did not explode, officials said.

Among the dead were 10 first responders and two people who had joined into fight the fire. The blast registered as a small earthquake and left a crater 93 feet wide and 10 feet deep. It destroyed an apartment building, homes and parts of schools nearby.

"I don't recall a (similar) tragedy of recent times in Texas — certainly one of the worst in American history with first responders," said Chris Connealy, the state fire marshal, at a press conference in the parking lot of nearby West High School, which was severely damaged.

As part of their site investigation, officials tried to reconstruct part of one building on the plant site with debris and as much of the power systems as they could. They were able to rule out a higher-voltage electrical system used at the plant.

Officials have ruled out the possibility that the blast was an act of terror, but not that it was a crime. They refused Thursday to take questions on the arrest of Bryce Reed, a West paramedic who responded to the blast but was arrested weeks later with what authorities said were materials for a pipe bomb. The Texas Rangers, a state investigative agency, and the local county sheriff's office opened their own criminal investigation after his arrest.

Reed's attorney has denied that his client had any role in the blast, and the McLennan County Sheriff's Office said last week that there was no evidence linking Reed to the explosion. He pleaded not guilty this week to the possession charge.

Ammonium nitrate is a chemical used as a fertilizer that also can be used as a cheap alternative to dynamite. It was the chemical used in the 1995 Oklahoma City bombing.

Dozens of investigators from the ATF and State Fire Marshal's Office could be seen combing through debris at the site during their investigation. At one point, they collected anything possibly of use on several blue tarps nicknamed "boneyards."

ATF committed the equivalent of two national response teams to the investigation and spent more than $1 million, according to spokeswoman Franceska Perot.

Daniel Keeney, a spokesman for Adair Grain Co., which owned and operated West Fertilizer, has said the company is cooperating with authorities.

Rachel Moreno, a spokeswoman for the Texas State Fire Marshal's Office, said the death toll had officially reached 15 with the determination by a local justice of the peace that an elderly man who died after being evacuated from the nursing home had been an explosion-related death. The nursing home's medical director previously had said the man died of his pre-existing ailments.

Officials on Thursday notified local and state officials as well as family members of victims and residents in West, where crews have started to clear destroyed homes and federal aid has started to flow to help with the rebuilding effort.

"It may help a little bit," West Mayor Tommy Muska said of Thursday's announcement. "But you know, the closure's going to come when we move forward, when we get people back in their houses, and we get people away from their mothers' and their kids' houses and back in their own homes. That's going to be closure."

Chains Grapple With How To Improve Safety