Detroit's Packard Plant Could Be Sold At Auction

A former car plant that's a symbol of Detroit's industrial decline could be sold at public auction after a developer missed deadlines to acquire the property. 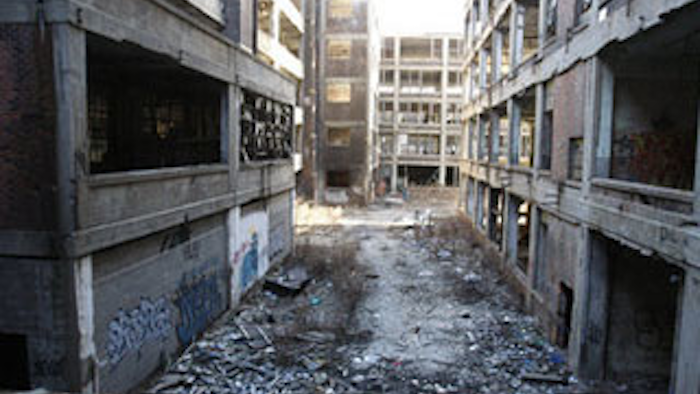 DETROIT (AP) -- A former car plant that's a symbol of Detroit's industrial decline could be sold at public auction after a developer missed deadlines to acquire the property.

The Detroit News and Detroit Free Press report Evanston, Ill.-based developer Bill Hults missed a Friday deadline to come up with $1 million. He's leading a group that wants to convert the Packard plant into a commercial, housing and entertainment complex.

Wayne County's Chief Deputy Treasurer David Szymanski says his office hasn't ruled out working with Hults if he can come up with the money soon.

Online bidding starts at $1 million and continues until Sept. 26. If there are no buyers, it would go up again at a second auction in October.