A robust recovery for the global economy remains well out of reach. That's the view that emerges from a survey of economists just as the Federal Reserve is expected this week to reduce its stimulus for the U.S. economy. 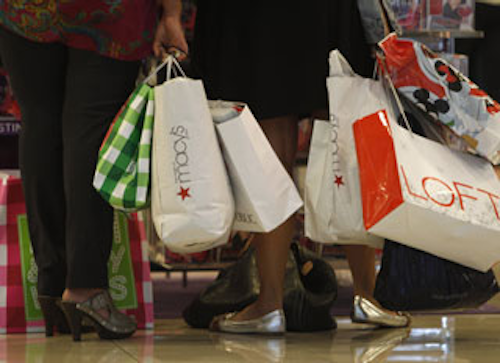 WASHINGTON (AP) -- A robust recovery for the global economy remains well out of reach.

That's the view that emerges from a survey of economists just as the Federal Reserve is expected this week to reduce its stimulus for the U.S. economy.

Europe has finally emerged from recession. Japan is growing after two decades of stagnation. And the United States is trudging ahead. Yet an Associated Press survey of more than two dozen economists suggests that global growth will remain below full health this year and next.

Persistently weak growth would make it harder to resolve many of the world's biggest economic challenges. They include historically high unemployment in Europe, sluggish spending by consumers and businesses in the United States, heavy government debts in Europe and Japan and unstable economies in some emerging nations.

The economists think the 17 nations that use the euro will grow at an annual rate barely above 1 percent in the second half of 2013 and in 2014. From April through June, the eurozone eked out its first quarterly growth after 18 months of contraction — a 1.2 percent annual rate. No acceleration is foreseen in the next year and a half.

The United States and Japan are expected to fare only slightly better.

The economists think the U.S. economy will grow at a 2.3 percent annual rate in the second half of 2013 and 2.6 percent in 2014. Japan is expected to grow 2.2 percent next year — far weaker than its 3.8 percent growth rate from April through June.

Normally, a healthy expansion in advanced economies produces annual growth of 3 percent or better. The United States expanded at an average pace of 3.25 percent from 1976 through 2007. But it hasn't grown at a 3 percent rate or faster since 2005.

"Most economies are growing so slowly... you don't know one day from the next if it's getting better or getting worse," said Susan Sterne, an economist at Economic Analysis Associates.

The AP survey collected the views of private, corporate and academic economists on a range of issues. Among their views:

— The Fed will start reducing its $85 billion in monthly bond purchases after its latest policy meeting ends Wednesday. The initial cut in purchases will be small — $10 billion a month. The Fed's bond purchases have been intended to keep long-term loan rates low to induce people to borrow and spend. Though U.S. hiring and growth remain soft, some Fed officials don't think the bond purchases are doing much good anymore.

— "Tapering," as the Fed's expected pullback in bond purchases has come to be known, won't significantly disrupt the U.S. stock and bond markets. "That's because it's been so well-telegraphed," said Jerry Webman, chief economist at OppenheimerFunds. Investors have already driven up the yield on the 10-year Treasury bond about 1.2 percentage points beyond its level in late May, when Chairman Ben Bernanke first suggested that the Fed could slow its purchases by year's end.

— The biggest obstacles to faster U.S. growth vary — from tepid job and pay growth to the lingering squeeze from a Social Security tax increase and government spending cuts to doubts about whether Congress will raise the government's borrowing cap. If the cap isn't raised, the United States could default on its debt by mid-October. That would risk a downgrade of U.S. credit.

— The U.S. unemployment rate won't return to a range associated with a healthy economy — roughly 5 percent to 6 percent — before 2015 and perhaps not until 2016 or later. The rate is now 7.3 percent. It rose as high as 10 percent during the recession and has been falling steadily. But the rate has been falling, in large part, for a discouraging reason: More people have stopped looking for work. Once people without a job stop looking for one, the government no longer counts them as unemployed.

— Congress should not increase the federal minimum wage of $7.25 an hour. Some economists warn that a higher minimum wage could lead some employers to hold back on hiring lower-wage workers. That could escalate unemployment, they say.

The economists' dim outlook for the recovery in many advanced economies coincides with a slowdown in some key emerging economies after years of powerful growth.

China's growth, for example, slowed in the second quarter to 7.5 percent — explosive by the standards of developed countries but the slowest pace for China in two decades. The economists surveyed by the AP foresee little change through 2014.

The economists note that aging populations may be holding back growth in Japan and Europe. As older workers retire in greater numbers than younger workers can replace them, workforces shrink and economic growth tends to slow.

Prime Minister Shinzo Abe has sought to revive Japan's moribund economy by boosting government spending and pushing the Bank of Japan to launch its own bond purchases. Those efforts led to a burst of growth in the first half of the year. But economists worry about the effects of a higher consumption tax that's set to take effect next year.

In 1997, Japan raised taxes on consumers — a move that many economists think stifled a nascent economic recovery.

"People are a little spooked about what that means this time," Webman said.