BlackBerry co-founder Michael Lazaridis has trimmed his stake in the troubled smartphone pioneer to just below 5 percent after selling 3.5 million shares during the past two days. 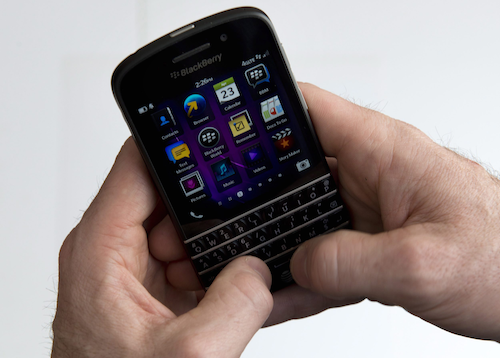 BlackBerry co-founder Michael Lazaridis has trimmed his stake in the troubled smartphone pioneer to just below 5 percent after selling 3.5 million shares during the past two days.

The sales disclosed in a Tuesday regulatory filing came after BlackBerry Ltd. announced a third-quarter loss of $4.4 billion last week. The setback marked the latest sign of the company's deepening distress as BlackBerry's products fall further behind the iPhone and devices running on Android software.

Lazaridis previously owned a 5.7 percent stake in the Waterloo, Ontario company that he once ran.

Lazaridis and BlackBerry co-founder Douglas Fregin said they were mulling a bid to buy the company in October. But BlackBerry in November said it had abandoned a bid to sell itself.