The shipment has been held up in a refrigerated warehouse at New Jersey's Newark Liberty International Airport after Russian authorities said the U.S. Department of Agriculture failed to provide a necessary certificate under its customs rules. 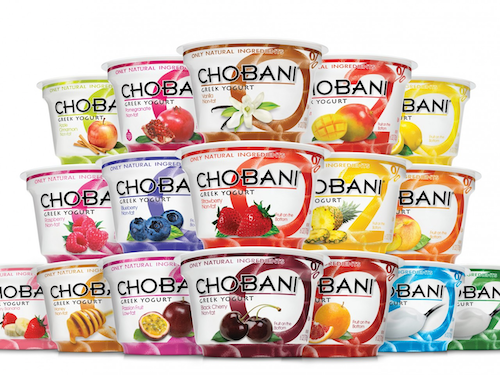 NEW YORK (AP) -- Chobani's quest to get its Greek yogurt to the Sochi Olympics is coming to an end.

The company said Wednesday that it plans to donate a shipment of about 5,000 cups of yogurt it had hoped to send to U.S. athletes at the Winter Games to food banks in New York and New Jersey.

The shipment has been held up in a refrigerated warehouse at New Jersey's Newark Liberty International Airport after Russian authorities said the U.S. Department of Agriculture failed to provide a necessary certificate under its customs rules.

U.S. Sen. Charles Schumer, a New York Democrat and a big booster of the state's Greek yogurt industry, had pointed out that export trade rules shouldn't apply since the yogurt was only for U.S. athletes and wouldn't have been for sale. But Russia still wouldn't allow the shipment.

"We decided that if we didn't have a resolution by today, we were going to donate the products," said Peter McGuinness, Chobani's chief marketing officer, in a phone interview. He said that the games are already well underway and there was no resolution to the yogurt dispute in sight.

Last week, Chobani CEO Hamdi Ulukaya made the company one of few to explicitly say it was against Russia's anti-gay law. McGuinness said he doesn't think the yogurt holdup was related to that statement in any way.

Ulukaya said he is disappointed that athletes won't be able to get the yogurt, but that he's happy that the products will be heading to food banks.

The New Berlin, N.Y.-based company, which is a Team USA sponsor, said the yogurts will likely be delivered to the food banks on Friday. Chobani says its Greek yogurt is good for about 60 days and that there should be no issues with the quality of the yogurt being donated.

The yogurts will be donated to Saint John's Soup Kitchen in New Jersey and Food Bank For New York City.