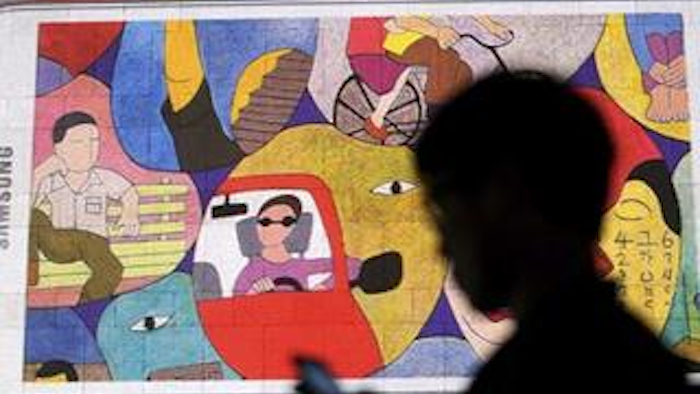 Samsung vice chairman Kwon Oh-hyun said the company, the world's largest maker of smartphones and memory chips, will compensate workers and their families.

"We feel regret that a solution for this delicate matter has not been found in a timely manner, and we would like to use this opportunity to express our sincerest apology to the affected people," Kwon, who oversees Samsung's semiconductor and display panel businesses, said in an emailed statement. Local news channels showed Kwon reading the statement before reporters.

The Samsung statement comes a month after opposition party lawmaker Sim Sang-jeung urged the government and Samsung to come up with measures to help victims and prevent workplace diseases. The resolution proposed by Sim in April said 114 of 243 workers sickened since the 1990s were former Samsung semiconductor employees.

For the past few years, Samsung has resisted calls to apologize. The company also provided assistance to a government compensation agency in legal battles over the agency's refusal to pay compensation to workers. In South Korea, companies pay levies that the government uses to fund compensation for workplace accidents and illnesses.

Courts have ruled in favor of compensation in three of about a dozen cases. The government agency, Korea Workers' Compensation and Welfare Service, appealed.

Kwon said Samsung will no longer be involved in the lawsuits.

Former Samsung workers, their families and civil groups struggled for years to raise awareness about the cancer cases.

Last year, the story of Hwang Yu-mi, who died aged 23 from leukemia in 2007 and her father's legal battles, was made into a movie funded by donations and brought more attention to the possible link between conditions at Samsung's older factories and cancers in workers.

Sim, the lawmaker, and SHARP, the advocacy group that helped Hwang's father and the families of other victims, welcomed Samsung's apology and urged the company to begin discussions about compensation.

Samsung watchers say the cancer controversy is a sticking point that Lee Kun-hee, Samsung's chairman and son of the group's founder, wants to resolve before passing leadership to his own son. Lee, 72, is in hospital in a stable condition after suffering a heart attack on Saturday.

Samsung Electronics is a publicly traded company, but its founding family still exerts considerable influence through shareholdings in it and other companies that make up the larger Samsung Group conglomerate.

Al Iacobelli's sentence reduction was a bit larger than prosecutors had requested in rewarding him for cooperation.
Jan 4th, 2021

Amazon Bid to Address Soaring Health Costs is Over

Haven is quietly dissolving less than three years after it was formed.
Jan 4th, 2021
Follow Us
Most Recent