Trump And Mnuchin Say Focus Will Turn To Tax Reform

Now that the effort to overhaul the nation's healthcare system has collapsed, the Trump administration is turning its attention to tax reform. 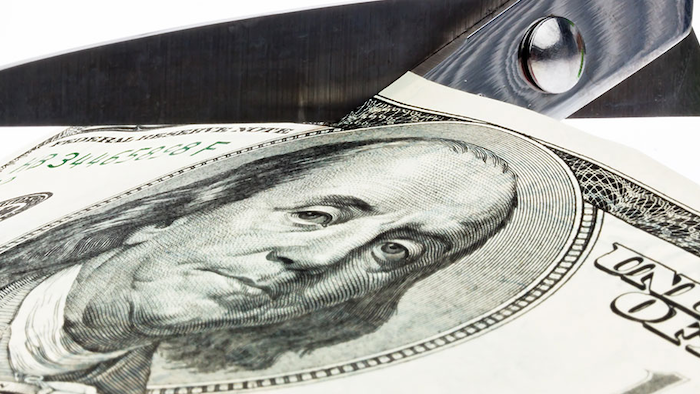 WASHINGTON (AP) — Now that the effort to overhaul the nation's healthcare system has collapsed, the Trump administration is turning its attention to tax reform.

Trump's comments came after Republicans were forced to cancel a House vote on their bill to repeal and replace the Affordable Care Act because they could not get the support needed for passage.

After Republicans pulled the health measure, Trump told reporters at the White House, "I would say that we will probably start going very, very strongly for the big tax cuts and tax reform. That will be next."

While the GOP decision to pull the healthcare proposal could be an ominous sign for tax cuts and the rest of Trump's legislative agenda, Trump was more optimistic, saying, "now we're going to go for tax reform, which I've always liked."

Earlier in the day, Mnuchin, the president's chief economic spokesman, suggested that tax reform might be easier to sell in Congress.

"Health care is a very complicated issue," Mnuchin said. "In a way, tax reform is a lot simpler."

During a morning interview, Mnuchin said he had been overseeing work on the administration's bill over the past two months and it would be introduced soon. He said it would be one proposal that would cover both cutting individual and corporate taxes in the same legislation.

"We are not cutting this up and doing little pieces at a time," Mnuchin said.

He said the goal was still to win congressional approval of the tax measure by August. But if the timeline is delayed, he said he expected the proposal to pass by the fall.

At the White House, press secretary Sean Spicer acknowledged the August deadline is an "ambitious one" for such a comprehensive and complicated project, but he said it's a goal the administration "is going to try to stick to."

"Tax reform is something the president is very committed to," Spicer told reporters. Mnuchin had lunch at the White House Friday with Trump and House Speaker Paul Ryan.

In his earlier appearance, Mnuchin did not reveal whether the administration will include a contentious border adjustment tax that is in a House tax proposal. The measure, which would impose a 20 percent tax on imports, has positive and negative features, Mnuchin said. He also would not reveal exactly what corporate tax rate the administration would propose, other than it will be "a lot lower" than the current 35 percent rate.

In a wide-ranging public interview event with the news site Axios, Mnuchin also said Trump's proposal to boost infrastructure spending would probably include $100 billion to $200 billion in federal money and depend on public-private partnerships to boost the total to $1 trillion over the next decade.

Mnuchin was asked whether the administration's tax plan would lower rates at all levels but not include an absolute tax cut for high income individuals because the lower rates for the wealthy would be offset by increases in other areas such as reduced deductions. Sen. Ron Wyden, D-Oregon, dubbed this goal the "Mnuchin rule" during his confirmation hearing.

Mnuchin did not commit specifically on the goal but said, "The president's objective is a middle income tax cut. ... Our primary focus in a tax cut for the middle income (earners) and not the top."

While Wall Street has staged a huge rally since Trump's surprising election victory, Mnuchin said he believed the market could move still higher as the administration succeeds in implementing its economic program to cut taxes and eliminate burdensome regulations.

He predicted Trump's plan would achieve economic growth of 3 percent to 3.5 percent, up significantly from anemic growth around 2 percent seen in the current recovery, the weakest in the post-World War II period. He said "this is definitely not all baked in" to market expectations.

The Treasury secretary, who participated in his first meeting of Group of 20 finance ministers last weekend in Baden-Baden, Germany, called the meeting a success. He said while news coverage focused on the administration's successful push to drop a pledge to oppose trade protectionism, that took only a small portion of the discussion time.

"On trade, the point I made was that the president wants to have free trade ... but he wants to renegotiate deals" that are not favorable for American workers, Mnuchin said.

In addition to renegotiating the North American Free Trade Agreement with Mexico and Canada, Mnuchin said the administration was also planning to focus on stronger enforcement of other trade agreements.