With states seizing the initiative on shaping the future of self-driving cars, General Motors is trying to persuade legislators across the country to approve rules that would benefit the automaker while potentially keeping its competitors off the road. 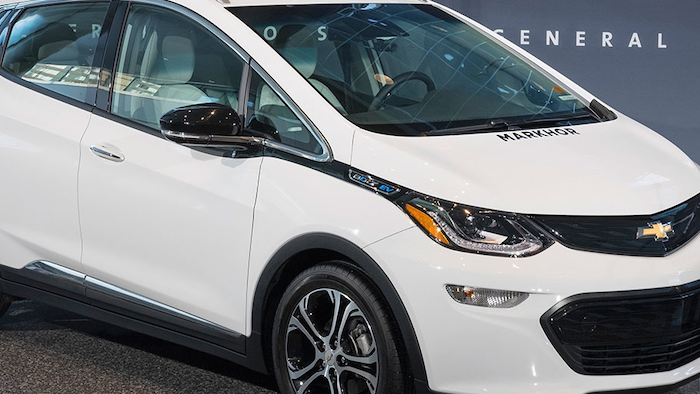 WASHINGTON (AP) — With states seizing the initiative on shaping the future of self-driving cars, General Motors is trying to persuade legislators across the country to approve rules that would benefit the automaker while potentially keeping its competitors off the road.

The carmaker denies trying to freeze out other brands, but legislators in four states say GM lobbyists asked them to sponsor bills that the company's competitors contend would do just that. The bills set a blueprint for the introduction of fully self-driving cars that are part of on-demand, ride-sharing fleets, but they must be owned by an automaker.

Competitors working on self-driving technology like Uber and Alphabet's Waymo fear the measures could shut out their companies because they don't manufacture cars. And some automakers that are developing autonomous cars say they could be shut out, too, because their vehicles still rely on having a driver ready to step in.

GM began by getting a bill passed last year on its home turf, in Michigan. In response to complaints from Waymo, a compromise bill was also passed to allow participation by technology companies. But Bryant Walker Smith, a leading legal expert on self-driving cars, said the compromise was poorly worded, and it's unclear what it would do.

This year, bills similar to the Michigan law, but without the compromise language, have been introduced in at least five states: Georgia, Illinois, Maryland, Massachusetts and Tennessee. GM lobbyists have also urged lawmakers in other states to introduce versions of the bill.

Prospects for passage of the bills are uncertain. But the state-by-state lobbying by the powerful automaker and its competitors shine light on the behind-the-scenes fight to determine how self-driving cars will operate on American roads and which companies will have the competitive edge.

With no federal regulations for self-driving cars in place, states are assuming responsibility for ensuring the benefits of the technology can be reaped without sacrificing safety. Federal regulators provided safety guidance to states and automakers last year, but stopped short of issuing binding rules. Key members of Congress say they also are exploring legislation. Eight states have self-driving car laws, and bills have been introduced in 20 states this year, according to tracking by Volvo.

General Motors' dealerships throughout the United States, many of which have close ties to local politicians, give the giant carmaker a lobbying advantage. GM has also made campaign contributions to state lawmakers who introduced the legislation it favors.

GM supports restricting who can deploy self-driving cars because "public acceptance of the technology is going to be very critical," said Harry Lightsey, a top GM lobbyist. "If somebody is allowed to put technology on the roads and highways that proves to be unsafe, that could have very harmful repercussions."

The Self-Driving Coalition for Safer Streets, which includes Ford, Lyft, Uber, Volvo and Waymo, opposes the bills, saying they "would favor one company, create an uneven playing field and deter life-saving innovations from reaching citizens in these states by precluding or severely limiting technology companies from testing or deploying fully autonomous vehicles."

Audi and its parent company, Volkswagen, worry that the bills could exclude partially self-driving cars like the one Audi plans to introduce next year, said Brad Stertz, Audi's government affairs director. GM hasn't been willing to see the bills modified or to answer other companies' concerns so far, he said.

Lightsey said lawmakers who have introduced bills are acting on their own, not at GM's behest.

"These bills aren't being introduced at GM's urging," he said.

But several lawmakers told The Associated Press that GM lobbyists asked them to introduce bills based on the Michigan law.

"I don't make a connection between campaign contributions and policy," Zalewski said.

Maryland state Sen. William Ferguson said he introduced a bill at GM's urging in part because he hoped the automaker would expand its transmission facility near Baltimore, creating jobs.

The Democrat said GM lobbyists told him the company would "certainly look more favorably toward expanding in Maryland if there were a legal framework to test and develop (self-driving cars) more freely." After the AP asked GM about the transmission facility, Ferguson sought to clarify his remarks, saying the automaker didn't explicitly promise to expand its operations.

Several bill sponsors said they're willing to consider changes to the measures.

Tennessee state Sen. Mark Green, a Republican, said he wants to reach a compromise. Language that has drawn objections "is there now to get people to join the discussion," he said. Green's political action committee has received $3,000 from GM. The bill's Tennessee House sponsor, Republican William Lamberth II, received a $2,000 contribution from GM a month before introducing his bill.

Lamberth said the contribution had nothing to do with his decision to introduce a bill. Green, Demmer and Sandoval didn't respond to questions from the AP about the contributions.

Some lawmakers said they didn't introduce bills despite GM's requests because they view the measures as anti-competitive.

Arizona lawmakers met last month with Gov. Doug Ducey's staff, GM, Waymo, Uber, Lyft and other companies in response to GM's effort to get a bill introduced there, said state Sen. Bob Worsley, the Senate transportation committee chairman. While GM argued in favor of the measure, everyone else opposed it, he said.

Worsley, a Republican, called GM's proposal "a protectionist measure for everybody in manufacturing."